What to Know About Julian Assange's Legal Status

By Kate Samuelson and Dan Stewart

The rape investigation into Wikileaks co-founder Julian Assange has been dropped by Sweden’s director of public prosecutions, seven years after the lengthy legal standoff began.

But that doesn’t mean Assange will be able to walk out of the Ecuadorean Embassy — where he has been claiming political asylum for almost five years — as a free man.

Why was the Swedish investigation dropped?

Given that any further investigation would require Assange to personally appear in court, and in light of interviews with the WikiLeaks co-founder by Ecuadorean prosecutors in November, Director of Public Prosecution Marianne Ny determined that pursuing the case further would require a disproportionate use of resources.

The statement did not issue any ruling of guilt or innocence, but concluded merely that it was “now not possible to take any further steps that would move the investigation forward.”

So why can’t Assange walk free?

Even though Assange is no longer wanted by Sweden, he remains wanted for the “much less serious offense” of skipping bail in the United Kingdom.

When the whistleblower fled to the embassy of Ecuador, he broke the terms of his bail conditions following an extradition order by Britain’s Supreme Court. London’s Metropolitan Police issued a warrant for his arrest and, as the force explained in a statement, “The Metropolitan Police Service is obliged to execute that warrant should he leave the Embassy.”

The offense of breaching bail carries a maximum sentence of 12 months imprisonment.

If arrested by the U.K., could Assange be extradited to the U.S.?

That’s the big question. In April, U.S. attorney general Jeff Sessions said it was a “priority” to arrest Assange. “We are going to step up our effort and already are stepping up our efforts on all leaks,” he told a press conference in El Paso, Texas, The Guardian reported. But it’s not clear whether an arrest warrant has been issued — nor even whether U.S. authorities have drawn up charges.

If the warrant has been issued, and if Assange is taken into custody in the U.K., he could potentially still face extradition. Shortly after the news broke that Sweden had dropped its investigations into Assange, Wikileaks’ official Twitter account posted:

CIA Director Mike Pompeo said in April that Assange should not be afforded constitutional free speech protections in the U.S. “Julian Assange has no First Amendment freedoms. He’s sitting in an Embassy in London. He’s not a U.S. citizen,” he said in a speech, according to CNN.

Why was Assange in the Ecuadorean Embassy in the first place?

He fled there to claim political asylum in June 2012, after losing an appeal in Britain’s top court against a Swedish extradition order to face arrest on suspicion of rape and sexual assault. All but one of those charges, brought by two women, have now passed the five-year statute of limitations. The remaining rape charge was at the centre of the investigation that has now been dropped.

Assange has admitted sexual encounters with the two women but insists they were consensual. The charges, he has said, were part of a smear campaign against him. 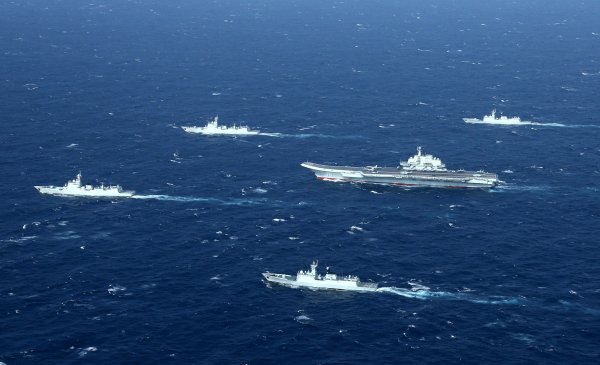 Beijing Is Winning the Battle to Control the South China Sea
Next Up: Editor's Pick