Planned Parenthood on Thursday said it will close four of its clinics in Iowa after the state’s Republican-led legislature recently blocked the organization’s state funding.

The four health centers in Bettendorf, Burlington, Keokuk and Sioux City served more than 14,000 patients over the last three years, according to the Des Moines Register. Eight clinics remain open in Iowa, but the closings bring the number that provide abortions down to five, according to the Associated Press.

“This is a case of extreme Iowa politicians deciding they know what’s better for a woman’s health than the women actually seeking care, with devastating consequences,” Suzanna de Baca, president and CEO of Planned Parenthood of the Heartland, said in a statement, according to the AP.

No public money is spent on abortions, but Republicans have said that giving any money to Planned Parenthood indirectly supports the procedure. This new legislation cuts about $2 million in state money to Planned Parenthood, which the organization emphasized would affect services like birth control, emergency contraception and testing for sexually transmitted diseases.

Texas passed similar legislation in 2011 and created its own family planning program. After the change, more than 80 family planning centers closed, according to the AP, and studies found that women — particularly low-income women — found it harder to access birth control.

Most of the Iowa clinics closing are slated to shut their doors in June when the current system using federal Medicaid money expires, the AP reported. Earlier this week, Planned Parenthood announced it was closing its only clinic in Wyoming and three of its clinics in New Mexico. 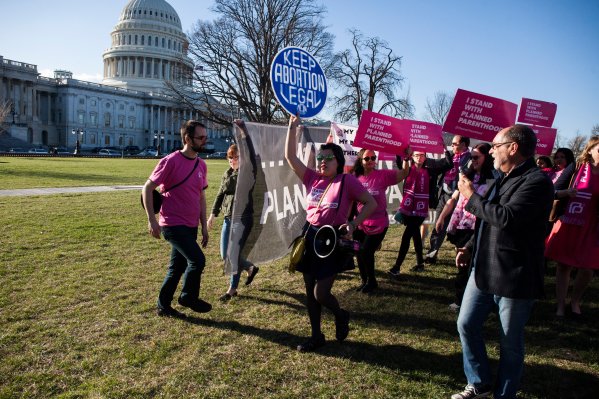