Should Doctors Speculate About the President's Mental Health?

On May 21, psychiatrist Dr. Jerrold Post posed a controversial question to his peers at the American Psychiatric Association’s (APA) annual meeting in San Diego: Should the psychiatry community continue to abide by a self-imposed code—the so-called Goldwater Rule—that stops them from commenting on the mental health of a public figure? Specifically, should they refrain from speculating about the mental health of President Donald Trump?

The Goldwater Rule first appeared in the APA’s code of ethics in 1973 but lately, some mental health experts are arguing that the rule needs some flexibility because psychiatrists have an ethical imperative to inform the public if they think a leader is mentally unsound.

“It’s been very frustrating,” says Post, the director of the political psychology program at George Washington University’s Elliott School of International Affairs. “Psychiatrists understand the psychology beneath the surface. I feel an obligation to contribute and communicate this understanding.”

Post isn’t alone. Since April, an online petition calling Trump “mentally ill” —which was started by Dr. John Gartner, a psychiatrist—has amassed more than 55,500 signatures from mental health professionals and others. In February, 35 mental health professionals signed a letter to the New York Times writing, “We believe that the grave emotional instability indicated by Mr. Trump’s speech and actions makes him incapable of serving safely as president.”

“We have a duty to warn the public when someone is extremely dangerous,” says Dr. Lance Dodes, one the signatories and a retired assistant clinical professor of psychiatry at Harvard Medical School.

The Goldwater Rule comes from an incident in 1964 when Fact magazine surveyed thousands of psychiatrists and reported that 1,189 said they believed that then-Republican presidential nominee Barry Goldwater was not psychologically fit for the presidency. After losing the election, Goldwater sued Fact for libel and won. Amid subsequent criticism, the Goldwater Rule was added to the APA’s ethics bible.

MORE: Americans Are Still Stressed About the Election

In March, the APA, which has 37,000 physician members, reaffirmed its support for the Goldwater Rule. “It was unethical and irresponsible back in 1964 to offer professional opinions on people who were not properly evaluated and it is unethical and irresponsible today,” said APA President Dr. Maria A. Oquendo in a statement. In response to a request for comment, the APA referred TIME to recent press releases on the issue.

The APA position is that while it’s fine for a psychiatrist to share their knowledge of mental illness issues in general, it’s unethical to offer a professional opinion or diagnosis for someone they have not personally examined as it “compromises the integrity of the doctor and the profession, and it has the potential to stigmatize those with mental illness.”

The APA maintains that making a declaration about a public figure violates other rules of medicine, including the need for consent before sharing a medical evaluation of a person. The association says offering a professional opinion of an individual requires “careful study of medical history and first-hand examination of the patient.”

In a 2016 blog post on the APA website, Oquendo wrote that “the unique atmosphere of this year’s election cycle may lead some to want to psychoanalyze the candidates, but to do so would not only be unethical, it would be irresponsible.”

Dr. Dodes argues that it is possible to diagnosis a person from afar, even though the APA strongly recommends against it. Psychiatrists are sometimes called upon by law enforcement to develop a psychological profile of a suspect, for example. “You need to interview someone to understand their internal issues,’” says Dodes. “But you only need external symptoms to diagnose character traits. The diagnoses in the DSM”—the Diagnostic and Statistical Manual of Mental Disorders, which is the mental health diagnostic manual used by doctors for mental disorders—”are symptoms of what people say and what they do.”

Some have publicly discussed the mental health of prior presidents—Gartner, the psychiatrist who started an online petition about Trump, also wrote a book called In Search of Bill Clinton: A Psychological Biography, for instance—but public debate about previous presidents’ mental health has not quite reached the same pitch. 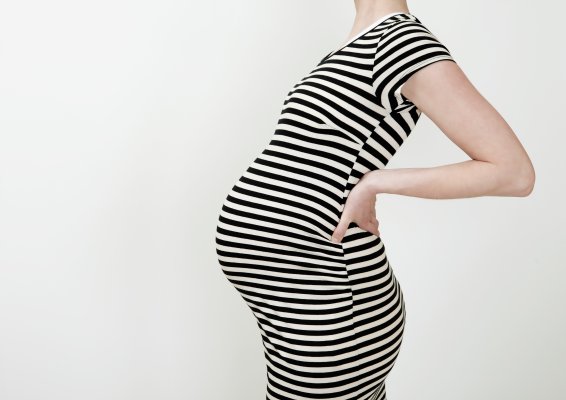 Smoking While Pregnant May Not Lead to Mental Illness in Kids: Study
Next Up: Editor's Pick