John McCain: 'Joe Lieberman Has More Experience' Than Any of My Democratic Colleagues

Republican Sen. John McCain on Thursday expressed support for Joe Lieberman, who has emerged as a possible frontrunner to become the next FBI director, in his signature frank fashion.

“Joe Lieberman has more experience than all of my Dem. colleagues combined. So screw them,” he told Lisa Desjardins, a correspondent for PBS NewsHour, on Thursday. “And you can quote me,” he added.

President Donald Trump told reporters on Thursday he was “very close” to choosing a new FBI director, and when asked whether Lieberman was a candidate, the President responded: “He is.”

Lieberman, who ran as Al Gore’s vice presidential candidate in 2000, visited Trump at the White House on Wednesday to discuss the position, according to the Associated Press. While Lieberman served as a Democratic senator from Connecticut for more than two decades, he is not necessarily popular among Congressional Democrats.

He lost his Democratic primary bid in 2006 and only kept his seat by running as a third-party candidate. He then endorsed McCain for president in 2008 and spoke at the Republican National Convention that year. Lieberman is now senior counsel at Kasowitz, Benson, Torres & Friedman, a law firm that has represented Trump in various legal battles over the years.

Democrats have been uneasy about the process of finding a new FBI Director. Trump’s decision to fire James Comey from the role sparked concern and confusion from both sides of the aisle, as the FBI is still investigating ties between Trump’s campaign and Russia. But some Democrats have particularly criticized the potential choice of Lieberman.

McCain’s comments about Lieberman came after Desjardins said she asked the Arizona Senator about Democrats criticizing Lieberman for a lack of experience related to the FBI. 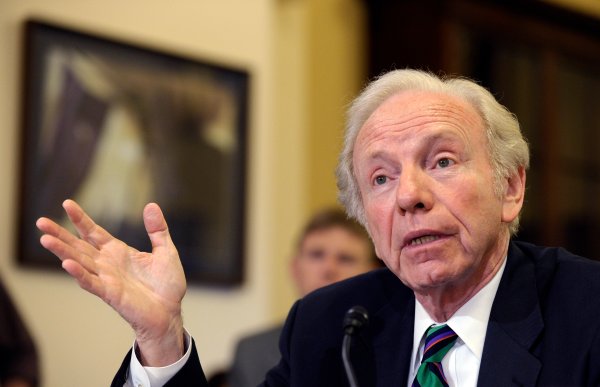 8 Things to Know About Joe Lieberman
Next Up: Editor's Pick