Merriam Webster is not done schooling the President on his homophones.

President Donald Trump fired off a tweet on Thursday criticizing the appointment of a special counsel to investigate allegations his campaign collaborated with Russia to influence the 2016 election, tweeting: “With all of the illegal acts that took place in the Clinton campaign & Obama Administration, there was never a special “councel” appointed!” (He has since tweeted the message with the correct spelling.)

“Lookups for both council and counsel spiked on May 18, 2017, after President Trump used the spelling councel in a tweet,” Merriam Webster tweeted Thursday, linking to a post on their site, which noted that this was “the second time in ten days that the president has misspelled counsel on Twitter, the previous time in a tweet on May 8.”

Ever the lingo snobs, the reference noted that “councel” is the most searched word of the day deploying the line “by far,” to use terms the President might have said a few times.

But the typo was just the latest catnip for the social media team over at Merriam Webster, which took to Twitter to fire off a pair of snarky tweets last week reminding the President of the difference between council and counsel, after he first mistakenly used “council,” which means assembly, while “counsel” means lawyer. Merriam Webster being Merriam Webster, will not let POTUS live this one down. 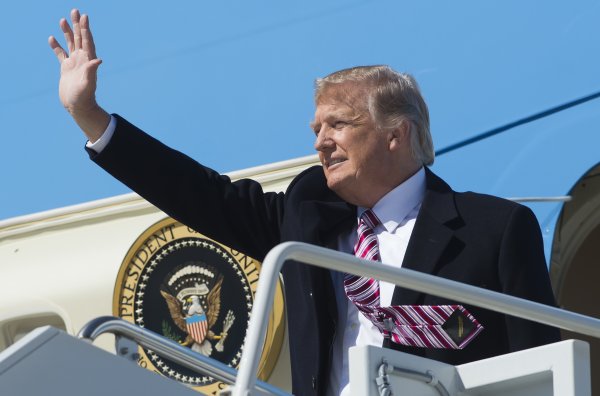 Here's the Itinerary for President Trump's First Trip Abroad
Next Up: Editor's Pick