If you are a certain kind of white conservative, especially a white male conservative, then Roger Ailes was a hero. He constructed a world in which your core beliefs and your gut instincts were, and still are, constantly validated.

As a media consultant to Republican presidents, Ailes proved a deft manipulator of racial fear. But it was in building Fox News that he found his calling. There, he built a home for those voters whose anxieties he spent decades manipulating for the good and growth of the GOP. He built a safe, corrective universe that batted down liberal tropes and reinforced the belief deep down inside many a conservative heart that yes, minorities are executing a massive theft of your paycheck in order to lay about on the government dime. Yes, the only way that Democrats could get elected is through massive voter fraud by minorities, intimidation by the New Black Panthers and skullduggery by “illegal immigrants.” Yes, Islam is a danger, the Caliphate is headed to your small town or suburb and Christianity is under attack everywhere, every day, including from the very American government those illegal voters forced upon you in 2008. Yes, you should fear Barack Obama and Black Lives Matter. Yes, you have a right to feel angry and persecuted by the Hollywood Left. Yes, Hillary was a running a vast, criminal enterprise. And yes, men should be Men and women should be perpetually beautiful, perky, sexually available, and in full, smiling agreement with you.

Ailes built a Kingdom of Yes. That was his genius. He understood the id of many white conservatives — their sense of constant persecution and victimization; and their existential fears of an America whose racial makeup, sexual mores and gender roles were careening in the opposite direction of the country of their childhood. Ailes built a business on constantly serving that id — covering it in the veneer of news, to give it the air of legitimacy. In doing so, he made himself invaluable to the Republican Party while becoming very rich.

If you are Black or Brown, or a liberal or immigrant or Democrat, or a woman unwilling to quietly submit, then Ailes was the ultimate villain. You were the object of mockery and scorn — sometimes overt, often subtle. You were the thing to be gawked at, pawed at, jeered at, propositioned or feared. To you, Roger Ailes may have been the most dangerous man in America.

The great irony, of course, is that ultimately Ailes died in exile from his kingdom, forced into the shadows at the apex of victory, having helped place the id in the White House (and Yes, says the Kingdom, our guy is a great success). Mr. Ailes, like some of his greatest creations (Bill O’Reilly first among them) allegedly could not resist indulging in his fantasy as if the kingdom were real and he were omnipotent. In the end, his subjects taught him that he was not.

Reid hosts MSNBC’s AM Joy. She co-edited We Are the Change We Seek: The Speeches of Barack Obama and she wrote Fracture: Barack Obama, the Clintons and the Racial Divide. 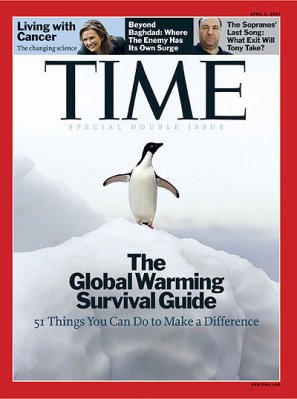 The Real TIME Cover Behind That Fake 'Ice Age' Report
Next Up: Editor's Pick