Todd Haynes' Wonderstruck Will Leave You Exactly That

It was only Day 2 of the 70th Cannes Film Festival and, already, there was a flutter of controversy: During the opening press conference, jury head Pedro Almodovar read a prepared statement, in Spanish, decrying the fact that new players in the film business, like Netflix, don’t always premiere their movies in theaters. Two entries in this year’s competition—Bong Joon Ho’s Okja and Noah Baumbach’s The Meyerowitz Stories—are Netflix films that are not slated for a theatrical release in France. Earlier this month, Cannes officials sought to persuade Netflix to find a way to bring the two films to French theaters before they’d be available to stream. Netflix balked, largely because it couldn’t circumvent French film-distribution regulations that require a waiting period of 36 months between the opening of a film and the time it can be made available for streaming. As a result, Cannes officials have now changed the eligibility rules for next year. But Okja and The Meyerowitz Stories, of course, remain in this year’s competition.

In his statement, Almodovar said he wanted everyone to be able to see a film for the first time in a theater and not via streaming. “I’ll be fighting for one thing that I’m afraid the new generation is not aware of,” he said. “It’s the capacity of the hypnosis of the large screen for the viewer.” He also expressed misgivings about possibly giving the Palme d’Or—or any Cannes prize—to a film that audiences aren’t able to see on the big screen. Both Okja and The Meyerowitz Stories will be released in U.S. theaters, but international distribution is another matter. Did that mean Almodovar was essentially, if unofficially, disqualifying these two films from winning anything next Sunday?

From left: Michelle [f500link]Williams[/f500link],Todd Haynes and Julianne Moore in Cannes, France, on May 18, 2017.
Tony Barson—Getty Images

Welcome to Cannes, where it’s always something! Personally, my heart is with Almodovar, though I don’t think it’s fair to punish any platform that supports interesting work made by gifted filmmakers. Since that press conference, Almodovar has clarified his statement, saying that he and the jury fully intend to give Okja and The Meyerowitz Stories a fair shake in their deliberations.

In light of bigger crises faced by Europe, and the world, right now—an unusually large number of films here at the festival seek to address the refugee crisis—the finer points of how audiences see films isn’t particularly grave. And yet, at a time when the world seems to be cracking apart, a sense of community, even just communal film watching, could mean more than ever. At some point after its release in theaters, viewers will be able to stream Todd Haynes’s new film, Wonderstruck—playing here in competition—and watch it wherever and however they please. (The film is being distributed by Amazon Studios in partnership with Roadside Attractions, the same duo that brought out Manchester by the Sea last year.) Streaming is a boon to anyone who might not be able to see the film otherwise.

But now that I’ve seen the extraordinary picture Haynes has made from Brian Selznick’s novel, I can’t imagine encountering it for the first time on a small screen. Wonderstruck tells the dovetailing stories of two 12-year-olds, Ben (Oakes Fegley) and Rose (Millicent Simmonds), living 50 years apart. Ben, growing up in 1977 Gunflint, Minn., has just lost his mother (Michelle Williams), and has always wondered about the father he never knew. His mother refused to answer any of his questions, and now he feels more lost than ever: He’s haunted by a recurring nightmare in which he’s pursued by wolves, clearly a sign that his mind is working overtime to make sense of his suffering. Then he suffers a freak accident in which he loses his hearing. It seems almost too much for him to bear. But he clings to one small clue that might help him learn more about his father: A receipt, tucked between the pages of a book that belonged to his mother, from a bookstore on New York’s upper west side. He runs away from Gunflint, hopping on a Trailways bus, and finds himself in a city that’s outwardly unforgiving and yet, on its own terms, filled with singular and magnificent magic.

In 1927 Hoboken, young Rose, who is also deaf, feels anxiety of another sort. She lives with her father, who’s rich enough to put a comfortable roof over her head but who can’t be bothered to try to understand her. At one point he tosses a book on lip-reading at her, barking orders that she should study it. It’s filled with tiny print and macabre-looking line drawings, and it clearly terrifies her—she tears a page from it and folds it into the shape of a small tower, which she adds to a little fantasy city she’s made completely out of paper.

Rose finds comfort in the movies, too. She idolizes a silent-film actress named Lillian Mayhew (Julianne Moore), and in one of Wonderstruck‘s most astonishing scenes—among too many to count—she gazes at the onscreen image of this radiant, expressive creature who speaks a language of silence she fully understands. On the silent screen, Mayhew—whose character is clearly modeled on Lillian Gish—speaks in an alphabet of broad physical gestures and eyes that reflect anguish or joy like light from a prism. Rose watches, rapt. What she sees on-screen makes her feel, if only for a few moments, understood. She learns that Mayhew will be performing onstage in New York, and so she, like Ben runs away to the city—which is not, as we’re always told, a place that makes dreams come true, but rather one that’s lit by all the dreams people bring to it.

Ben and Rose’s stories will intersect, but it’s not easy to guess how—that mystery is what draws us through the picture. This is an intricate and ambitious piece of filmmaking, and there are places where the mechanics don’t run as smoothly as they should. But the film’s beauty runs so deep that it doesn’t matter. Wonderstruck embraces so many shimmery, evanescent ideas, it’s a marvel that any one picture—let alone one you can take your kids to—can hold them. This is a romance of New York City, a love letter to the pleasure of making anything by hand (with paper or paint or even, possibly, film), a story of finding the place where you belong, and of finding your way to the people who understand you.

Haynes has found his way to those people over the years, and with Wonderstruck, he draws many of them close: The costumes, perfect in their details, are by the goddess of needle and thread Sandy Powell (who also, it turns out, persuaded Selznick to write a screenplay from his book, with the intent that Haynes should direct). Cinematographer Edward Lachman gives us a New York whose majesty lies in its textures and colors, a world of warm, silvery black-and-white and gritty-glorious gray-greens. And every performance is wonderful, though it’s young Simmonds whose face is likely to haunt you. Simmonds is deaf, and to watch her face—to see how, as Rose, she virtually breathes in the world around her, as if sounds and visuals were color values you could absorb into your very being—is to step over a border you perhaps didn’t know existed. What does it mean to listen, as opposed to just being able to hear? Wonderstruck is about listening with our ears and our eyes, the surest way to feel a hearbeat. 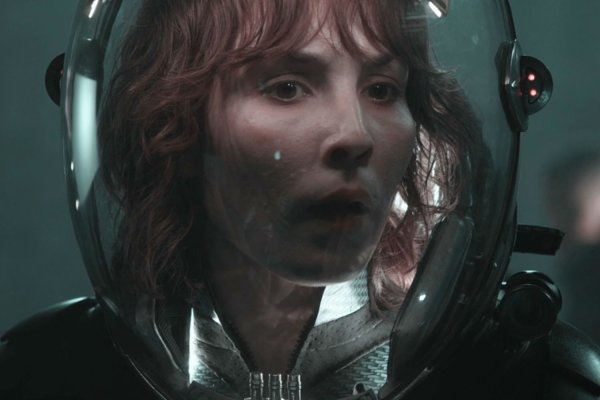