Everything We Just Learned About 'Destiny 2'

How do you follow an online first-person shooter with tens of millions of registered players bristling with hard-earned abilities and accolades? By jamming the artifice of heroes forced back to being zeroes into a redemption story.

“Destiny 2 is going to be a new beginning for everyone,” said game director Luke Smith at the outset of a Destiny 2 gameplay presentation live-streamed from the Jet Center in Hawthorne, California on Thursday. That new beginning entails an alien invasion force shock-and-awing Earth, torpedoing the game’s signature serene tower-scape and Nerfing everyone’s powers in the tradition of second acts like Superman 2 or Spider-Man 2. When the going gets tough, the tough reboot.

Not that they had to. Blizzard’s World of Warcraft just claps on new zones and ups its level cap to keep its experiential edge on the march, for instance. But studio Bungie sees things differently, whether as a function of the first game’s ostensibly turbulent inception, or a design maxim that’s as likely to culminate in a third player reset when a “Destiny 3” eventually surfaces.

Smith said Destiny 2 represents the convergence of three principles: a “world that pulls you in,” filled with “amazing things to do” and where there’s “always someone to play with.” If Destiny‘s story veered from stilted to shambolic, Destiny 2‘s is meant to be more “relatable” and character-focused, ergo sequences featuring a Nathan Fillion-voiced guardian cracking wise moment to moment. The way players explore Destiny 2 will also differ, including a completely revised map and, thank goodness, a way to conjure activities without having to go to Destiny‘s intermediary and purgatorial orbit. And of course the game will include new public events, strikes and a brand new raid.

Part of the changes involve downsizing along with something Smith described as rethinking the game’s competitive multiplayer area, the Crucible, from the ground up. Thus all players versus players matches in the Crucible will now be 4 versus 4. The implication is that older game types are being retooled or retired entirely. “We rebuilt the sandbox for smaller team formats, because we wanted to create a sense of mastery,” said Smith. “And to master something, you need to first be able to understand it.”

Bungie then showcased a gameplay demo in which different Guardians battled the initial invasion force, shifting between areas that included a sequence in which players have to assault one of the attacking vessels. What to make of it all was another matter. These demos can’t waste time on retries, thus the protagonists come off like bored gods, trotting through pandemonium and insouciantly laying waste to throngs of fodder. There’s no sense of what it’s like to engage the new bad guys, only the spectacle of new weapons and melee animations checked off like presentation slides.

The new maps by contrast seem lavish and beautiful as well as grander than Destiny‘s. There’s Titan, a moon of Saturn with methane oceans and waves that reach 40 meter heights. Or Nessus, a planetoid occupied by the alien Vex that’s been converted into a machine-scape. Jupiter’s sulphuric moon Io is now visitable, described as “the last place the Traveler touched before the collapse happened” and thus brimming with lore if you’re looking for backstory. And then there’s the Earth itself, which has a new area dubbed the “European Dead Zone,” the place where humanity, harassed and chastened by the invaders, has managed to dig in.

And for those put off by the difficulties of finding fellow travelers worth playing with — a crapshoot on the best of days — Destiny 2 will introduce something it calls “Guided Games.” Players can read a bit about Clans they might want to join before pairing up, incentivizing said groups to behave and present themselves in ways potential joiners might find appealing. We’ll see how well it works in practice, but in theory, it sounds like a smart, fairly straightforward means of using a form of storefront social capital to encourage healthier conduct.

Destiny 2 arrives on September 8, 2017 for consoles and PC, though with a few quirks. As with Destiny, Destiny 2 will include PlayStation 4 timed exclusive content, and players will need the respective PlayStation Plus or Xbox Live Gold subscriptions to access “significant” features. The PC version, by contrast, will be exclusive to Battle.net, Blizzard’s online game service for its World of Warcraft, Diablo, StarCraft and other franchises, making it the first third-party game to debut on the service. 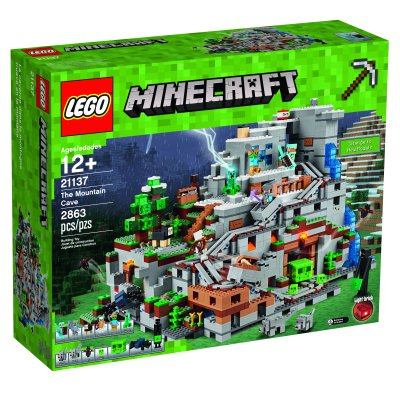 Check Out How Insanely Big This New Lego Minecraft Set Is
Next Up: Editor's Pick