Obituaries for Roger Ailes, who has died at 77, are likely to focus on Ailes’ crucial role in the history of Fox News, the cable television network from which he resigned last year amid a wave of sexual harassment allegations, after having shaped it into a major force in American media and political life.

But before he managed Fox, he managed Richard Nixon, prepping the candidate for television interviews ahead of the 1968 presidential election.

As a 29-year-old, he was tasked with transforming the public image of a man about twice his age, the former Vice President whose pale and sweaty image during the 1960 presidential debate with JFK had significantly damaged that previous presidential run. Ailes “made Nixon into the media candidate he clearly was not in his saggy-jowled, I know what it’s like to be poor days,” as TIME put it in 1972.

If you thought Nixon didn’t mince words, Ailes was just as tough on Nixon. Just look at how he prepped Nixon for The Mike Douglas Show in 1967, according to TIME’s 1969 book review for The Selling of the President 1968 by Joe McGinniss, a journalist who covered Nixon on the campaign trail:

For the July 3, 1972 issue, TIME shadowed Ailes’s bootcamp for Republican candidates for federal office, where the words of wisdom ranged from “Money is the mothers’ milk of politics” to “Get long socks. Nobody likes to see a patch of bare leg over a droopy sock.” But, as befit the future Fox mogul, TV was at the center of attention:

Ailes went on to coach other Republican presidents. As TIME reported in a 1988 blurb on Ailes’ book You Are the Message, Ailes fed Ronald Reagan — whose age was a concern for some voters — the line ”I’m not going to exploit for political purposes my opponent’s youth and inexperience” for his second presidential debate with Walter Mondale, and coached George H.W. Bush throughout the ’80s, “teaching him to slow his speech and keep his voice from rising to a reedy whine.”

His training could be a wake-up call about the way politics and entertainment fit together — for better or for worse. As Nixon lamented to Ailes ahead of The Mike Douglas Show in 1967, “It’s a shame a man has to use gimmicks like this to get elected.” 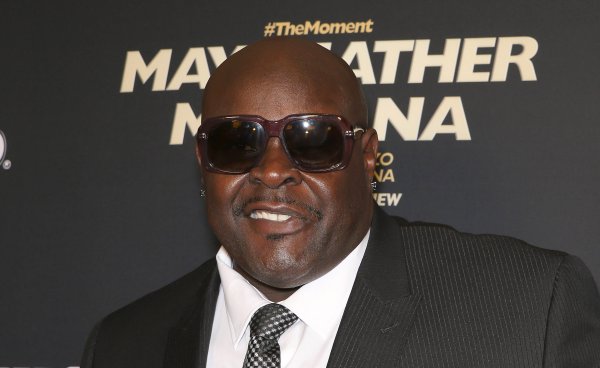