George W. Bush Photobombed a Reporter at a Baseball Game and the Internet Is Flipping Out

George W. Bush can add one key contribution to his post-White House career: photobombing a sports broadcast in a video that promptly lit up the internet.

Fox Sports Southwest’s Emily Jones was working a live broadcast of the Philadelphia Phillies—Texas Rangers game Wednesday night in Arlington when the former President happened to roll through. Beverage in hand, he popped up onscreen to say “hey.”

Leading the Rangers as a managing partner was Bush’s first continuous role in the public eye before becoming the governor of Texas and then a two-term President. He remains a loyal Texas Rangers fan.

Online, people obsessed over the way he casually crashed the Fox Sports report.

It was also a highlight for the reporter.

The Rangers won their eight consecutive game, but Bush may just win the internet. This has been the former commander-in-chief’s most important contribution to social media since his Inauguration Day struggle to use a poncho.

Watch the moment below. 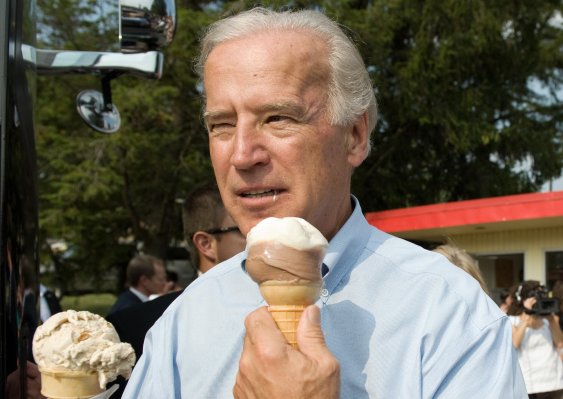 Ultimate Ice Cream Enthusiast Joe Biden Is Finally Getting His Own Ice Cream Flavor
Next Up: Editor's Pick