President Donald Trump arrives on Marine One on the South Lawn of the White House in Washington, Saturday, May 13, 2017, as he returns from speaking in Lynchburg, Va., at the Liberty University Commencement ceremony.
Carolyn Kaster—AP
By Tara John

Donald Trump will embark on his first trip abroad as U.S. President on May 19. His eight-day itinerary includes stops in the symbolic homes of three Abrahamic religions:

Trump will meet King Salman on May 20 for bilateral talks. He will reportedly come bearing a $100 billion arms deal, and the pair are likely to discuss issues such as Syria, Iran and the ongoing war in Yemen. The President is also giving a speech about radical ideology to leaders from countries across the Muslim world.

On May 22, Trump is set to meet Israeli Prime Minister Benjamin Netanyahu in Jerusalem. He is also spending time with Palestinian Authority President Mahmoud Abbas in Bethlehem, part of his effort to facilitate the end of the Israeli-Palestinian conflict. In Jerusalem, Trump is to say a prayer at the Western Wall, becoming the first sitting U.S. President to visit the contested territory.

Pope Francis will welcome Trump to the Vatican on May 24, and has said he will try to find common ground with the President. Trump is then expected to reaffirm his commitment to NATO at a summit in Brussels, before flying to a G-7 meeting in Italy with world leaders including France’s Emmanuel Macron. 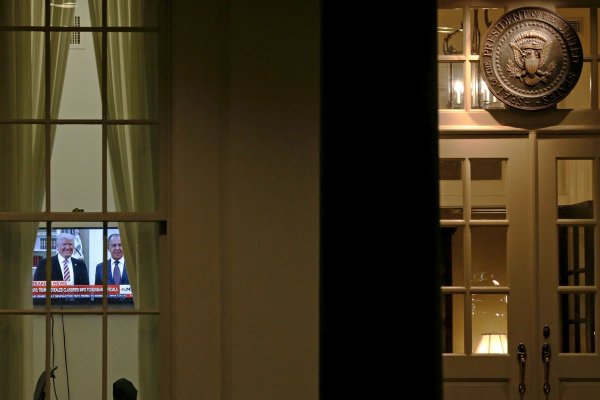