Washington AG: President Trump’s Aggression Will Be His Undoing

President Donald Trump walks on the South Lawn of the White House in Washington, before his departure to Groton, Connecticut, May 17, 2017.
Yuri Gripas—Reuters
Ideas
By Bob Ferguson

The most aggressive opening in chess is called the King’s Gambit. On the second move, White sacrifices a pawn that typically protects his king for a blitzkrieg assault on Black. It’s audacious. With no preparation, no careful groundwork, White signals his intent to wipe his opponent off the board. In the early 20th century, the King’s Gambit led to many brilliant victories. But through careful preparation, grand masters discovered that they could place White on the defensive by capitalizing on weaknesses created by the aggressive opening.

President Trump is playing the political version of the King’s Gambit–and his electoral victory was certainly an example of early success. But his approach leaves vulnerabilities that undermine his attacks.

Trump’s first defeat–his travel ban targeting people from Muslim-majority countries–is a good example. My office brought a lawsuit challenging that Executive Order and, within a week, stopped it nationwide. How did we do it?

First, we studied Trump’s moves and prepared. During his campaign, Trump said he wanted to create “a total and complete shutdown of Muslims entering the United States.” His adviser Rudy Giuliani explained to Fox News, “When he first announced it, he said, ‘Muslim ban.’ He called me up. He said, ‘Put a commission together. Show me the right way to do it legally.'” Like White sacrificing a pawn on the second move, the President telegraphed his intent to act aggressively. Once Trump told the nation he wanted the travel ban, we marshalled our resources and prepared arguments for the move we knew was coming.

Second, we did not accept Trump’s playing field as he presented it. We blunted his action by moving the field of battle to the courtroom. In that setting, Trump was on the defensive. After all, it isn’t the loudest voice that prevails before a federal judge–it’s the Constitution.

Third, we capitalized on the weaknesses created by Trump’s early moves. For example, Trump’s team did little, if any, vetting of the travel ban. They failed to ask their own executive agencies to review the Executive Order. In short, it was sloppy.

Additionally, we used Trump’s words against him. Those statements about creating a “Muslim ban”? They became evidence in our complaint that the Executive Order was partly motivated by animus against Muslims.

After we stopped the President’s original travel ban, Trump issued an all-caps tweet: “See you in court!” But we had already seen him in court–and defeated him there twice. His tweet revealed only one thing: that the President was playing two moves behind.

Trump’s aggressive nature will be his undoing. His firing of FBI Director James Comey is the latest egregious example.

We have seen this story before: disregard for the rule of law. Sloppy execution with shifting rationales. A President’s own Administration caught off guard.

The key to restoring the rule of law is to blunt Trump’s aggression and put him on the defensive. That’s why I joined 19 fellow attorneys general in calling for the appointment of an independent special counsel to continue Comey’s work investigating Russian interference in our elections.

We will see more reckless and aggressive behavior from this Administration. And I will continue to meet weekly with key members of my team to anticipate Trump’s next moves.

When Trump recently signed an Executive Order designed to threaten our national monuments, we were prepared. I penned a letter to Interior Secretary Ryan Zinke, warning that any harm to our treasured landmarks would run contrary to federal precedent dating back to Theodore Roosevelt–and would result in legal action from my office.

Additionally, the President recently restarted a coal-leasing program on federal land, despite his refusal to obtain an updated environmental assessment, as required by law. Together with the attorneys general of California, New Mexico and New York, I challenged the Administration’s action, filing suit in federal court.

My fellow attorneys general and I will continue to anticipate Trump’s aggressive moves and hold him accountable. We will be prepared. And we will counter his unlawful, ill-conceived gambits. Frankly, that’s our job. We represent the first line of defense to uphold the rule of law.

What became of the King’s Gambit? Today it is rarely seen at the top levels of international chess, because elite players know how to react–by turning aggression into weakness. 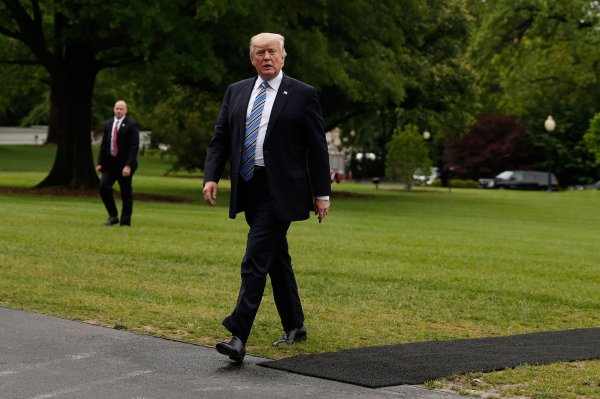