Proposal Banning Laptops on U.S. Flights From Europe Has Been Taken 'Off the Table'

An illustration picture shows a laptop on the screen of an X-ray security scanner, April 7, 2017.
Srdjan Zivulovic—Reuters
By Feliz Solomon

Officials from the U.S. and E.U. have opted out of a proposed ban on laptops and tablets on flights from Europe, pledging to improve intelligence sharing when talks resume next week.

The Associated Press reports that officials who met in Brussels at the request of European members had hoped to receive more details on an alleged threat that prompted the proposal, which President Donald Trump had reportedly discussed with Russian diplomats last week in Washington.

An official said the proposed ban is “off the table” for the time being, according to the AP.

Officials from the European Commission and the U.S. Department of Homeland Security said in a joint statement that they plan to “further assess shared risks and solutions for protecting airline passengers, whilst ensuring the smooth functioning of global air travel” when they reconvene in Washington next week.

The proposed ban would cause serious disruptions on one of the world’s most frequented air routes. About 65 million people fly every year between the U.S and Europe, many of them for business.

The International Air Transport Association (IATA) warned that if implemented, the ban could cause as much as $1.1 billion in lost time. While there are questions concerning the safety of electronics with lithium batteries, which have combusted in the past, IATA recommended enhancing security measures rather than banning devices, according to the AP. 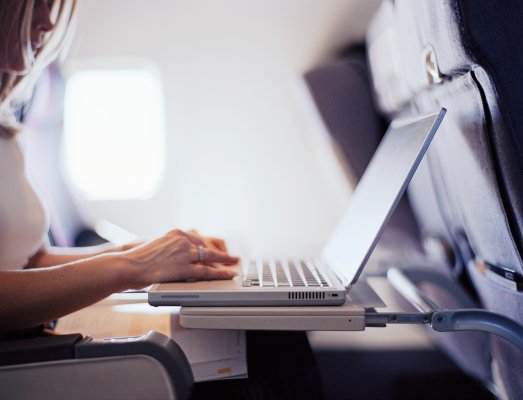 U.S. Likely to Expand Airline Laptop Ban to Europe
Next Up: Editor's Pick