A Chibok Girl Has Been Rescued After Escaping Boko Haram, Official Says

One of the Chibok schoolgirls captured by the militant group Boko Haram in 2014 has escaped her captors, a Nigerian official said Wednesday.

Nigerian troops discovered the girl as she was fleeing, Femi Adesina, the President’s special adviser on media and publicity, told the BBC, without providing additional details.

Boko Haram drew international condemnation after militants abducted 276 schoolgirls from Chibok, a town in Nigeria’s northeastern Borno State. To date, 103 of the girls have been released, including 82 as part of a prisoner swap on May 7.

“I cannot express in a few words how happy I am to welcome our dear girls back to freedom,” Nigerian President Muhammadu Buhari reportedly told the former captives in the country’s capital Abuja following the exchange.

It remains unclear how many Boko Haram prisoners were released in exchange for the girls, who are scheduled to be reunited with their families this week.

The militant group, which aims to establish an Islamic caliphate in northeast Nigeria, has kidnapped thousands of people over the course of its eight-year insurgency. More than 30,000 people have been killed and hundreds of thousands more have been displaced, according to the government. 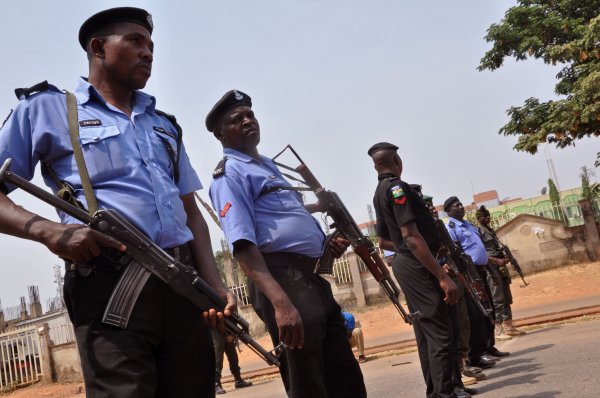 53 Men Charged in Nigeria for Celebrating a 'Gay Wedding'
Next Up: Editor's Pick