What to Know About Former FBI Chief Robert Mueller

The Justice Department on Wednesday announced the appointment of attorney Robert Mueller as a special counsel to oversee the investigation of the Trump campaign’s alleged ties to Russia along with the Russian government’s interference in the 2016 presidential election. The 72-year-old will pick up where former FBI Director James Comey left off before he was fired by President Donald Trump last week.

Here’s what you need to know about Mueller as he prepares to take the reins of the Russia probe:

He served as FBI Director for 12 years

After several stints at private law firms and the Justice Department, Mueller took the helm of the FBI following his nomination by President George W. Bush and was confirmed by a unanimous Senate vote on Sept. 4, 2001 — just one week before the Sept. 11 attacks.

“You talk about a learning curve,” Art Cummings, former Executive Assistant Director for the National Security Branch of the FBI, told TIME in a May 2011 cover story on Mueller. “He’s barely been on the job, hasn’t met many of his senior executives” and suddenly is faced with “the ‘oh, crap’ moments.”

Mueller ended up serving 12 years as Director of the FBI — a detail that is notable for two reasons. First, President Barack Obama in 2011 signed a two-year extension to the FBI Director’s 10-year term limit, which had been established following the Watergate scandal. Obama argued that it was “critical to have Bob’s steady hand and strong leadership at the bureau” in light of national security concerns.

Additionally, Mueller has been the only FBI Director to reach the end of his 10-year term since the limit was established in 1976.

He served in the Marine Corps and earned a Purple Heart

After graduating from Princeton University in 1966, Mueller joined the U.S. Marine Corps and served as an officer for three years. While deployed in Vietnam, he led a rifle platoon and ended up receiving a Purple Heart along with a Bronze Star, two Navy Commendation Medals and the Vietnamese Cross of Gallantry, according to his FBI biography.

He kept busy after leaving the FBI

Upon the completion of his FBI term, Mueller spent a year working as a consulting professor and lecturer at Stanford University, where he focused on cybersecurity issues.

After Stanford, Mueller joined the private firm WilmerHale as a partner. He is expected to resign from the firm so he can avoid conflict of interests as he oversees the Russia investigation. 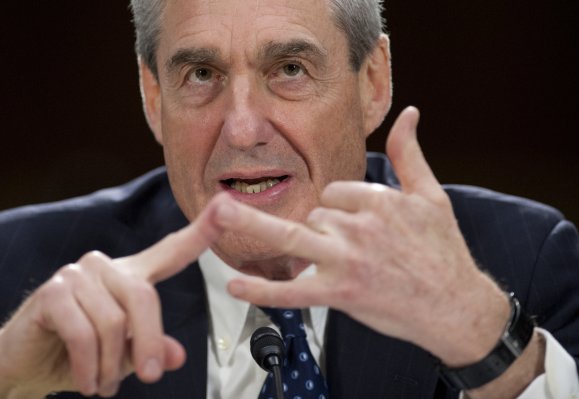