The YouTube Parents Who are Turning Family Moments into Big Bucks

Shay Carl Butler came to fame and fortune via a unitard.

In August 2007, after a video of the father of two dancing in his wife Colette’s workout outfit went viral, he realized there might be a business in domestic antics. The former granite-countertop installer, who says he didn’t even own a computer until 2004, began recording his life and posting the videos and didn’t stop for almost a decade, through weight loss, the birth of three more kids and the ever growing wealth of his family.

Shaytards, as Butler’s main channel on YouTube is known, became wildly popular. Collectively, its videos have been watched more than 2.6 billion times. The most popular video—at about 23 million views, titled “WE GOT A SWIMMING POOL!”—is typical; it features 15 minutes of wholesome family fun, in which the most noteworthy thing that happens is that one child reports that another got “hit in the nuts” by a water balloon.

Vlogging—the frequent recording and uploading of personal videos, usually on YouTube—has become a big business, or rather a sea of businesses, with operators as small as one person and as large as a massive production company. (Butler was one of the co-founders of Maker Studios, a conglomerate of YouTube channels that was sold to Disney for $500 million in 2014 but absorbed into the company on May 4.) And family vlogging is the ultimate family business: you literally get paid for raising your kids. The more fun a family has, the more viewers and, ergo, money they get. Popular clans can attract sponsorship, advertising and, at the very least, a lot of free stuff to play with on camera. Brands seeking a PG-rated YouTube outlet have flocked to family vloggers like the Mormon-raised Butlers, who now live on a huge property, complete with a studio and horses, in Idaho. YouTube metrics firms estimate that the Shaytards channel brings in anything from $2,000 to $38,000 every month just in ad revenue.

Thousands of these families live out their lives in the lens of the webcam: from the mega­popular folks at Family Fun Pack—a family of seven Californians, including parents Kristine and Matt—to We Are the Freemans!, who have just 400 subscribers after five months of daily uploads. And it’s a growing genre; YouTube says that time spent watching family vloggers is up 90% in the past year.

Family Fun Pack: Two teachers, Kristine and Matt, have five kids and one on the way; they’re big fans of playing dress-up
Youtube

But recently, several prominent YouTube families have got into strife, some in the way families often do, only with a lot more spectators, and some because the pressure to get spectators seemed to muddy their judgment. With a camera and an Internet connection, any parents can put their home life on YouTube. But it’s becoming clear that a childhood in which a part of every day must be given over to public consumption and commentary is not ideal for every kid, or even every adult. As family vlogging matures, some of its perils are beginning to emerge.

In February, Butler, who had previously said he would leave YouTube in March, abruptly stopped vlogging. A “webcam girl” by the name of Aria Nina released an explicit series of direct Twitter messages the father of five had sent her over the course of a few months. Then Butler announced that he was struggling with alcoholism and needed to rehabilitate. “It’s been impossible to keep up this perfect ‘happiness is a choice’ mentality,” he wrote on Twitter. Since then, Shaytards has gone silent.

The pressure of being the perfect family wasn’t what prompted Mike and Heather Martin to shut down DaddyOFive, which had attracted hundreds of thousands of subscribers and was their chief source of income. In April, the Ijamsville, Md.–based couple were called out by other YouTubers for appearing to be particularly cruel to their younger children Cody, 9, and Emma,12, during their prank-style videos.

In one video, Cody is blamed for mysterious ink stains on the carpet in his bedroom. He crumples in a confused heap as the elder Martins shout obscenities at him, before they let him in on the joke: it’s invisible ink, and they put it there! In another video, the kids are encouraged to flip water bottles with the added twist that if their bottle doesn’t land on its base, someone will hit them. That’s how Emma gets slapped hard across the face by her stepbrother. The kids insisted that they enjoyed their rough-and-­tumble on-camera life, but even with that and an apology from Mike and Heather, Frederick County Circuit Court granted the youngest two kids’ biological mother emergency custody.

The Martins are now under a gag order, and through a spokesperson, they declined to comment for this story. But Heather told the Baltimore Sun that things simply got out of hand. “What started out as family fun crossed the line,” she said. “When I stepped back and reflected and looked at how this would appear to other people, I was able to take myself out of character and—me just being Mom—I put myself in other people’s shoes to see how bad that some of this looked.”

Child psychologists say that most kids are very resilient and can adapt to the circumstances in which they are brought up, including fame, but they warn that there are danger areas in family vlogging. “All children want to please their parents,” says Harold Koplewicz, a psychiatrist and head of the Child Mind Institute, who adds that the DaddyOFive pranks were clearly abusive. “We trust the caretakers in our lives that they’re looking out for us. If they’re not, it makes us very anxious and uncomfortable.” As they grow into adolescence, he adds, kids need some privacy to be able to make mistakes, and they need parents who are their protectors, not their employers.

YouTube says it took down the DaddyOFive videos that violated its standards and stopped feeding ads to the Martins as soon as viewers alerted it. Malik Ducard, global head of Family and Learning at YouTube, says the vast majority of family vloggers find it to be a positive experience. “I see a lot of true family love in these families,” he says. “I feel like they’re families I know down the block.” Most of them, he adds, don’t need to be told to prioritize their loved ones over their viewers.

Some vloggers are well aware of the dangers. “No one knows what the implications [of family vlogging] will be in the future,” says Rossana Burgos, matriarch of the mega­successful Eh Bee Family channel. “And so for us, every single step, we think, How is this going to affect [our kids] in 15 years?” The family has tried to conceal their two kids’ real names, calling them Miss Monkey and Mr. Monkey online, but they get recognized almost everywhere they go. They also don’t work every day. “We don’t think putting up videos every day is a good idea, especially when you have children involved,” Burgos says.

Of course, YouTube fans don’t have to meet their idols to interact with them. The company, which is owned by Google, actively encourages its families to engage in the comments section. This can mean that kids could be exposed to a lot of opinions that even adults find hard to negotiate. “Even in the beginning, people would leave really rude comments,” Kristine of Family Fun Pack has said. “Really disturbing things.” She never knew how seriously to take them. “Is this a kid or a legitimate adult? You never really know.” The Eh Bee parents don’t allow their kids to be online unless they are in the room with them.

Even when parents’ nurturing skills are perfectly appropriate, anonymous commenters can make painful situations worse. After Caleb LeBlanc died in October 2015 of an undiagnosed heart condition at the age of 14, the Internet swirled with speculation about the “real” cause of his demise. His family, known on YouTube as Bratayley (2.4 billion video views), not only had to deal with shock and grief, but had to process why so many people were suspicious of the parents. (The Maryland state medical examiner’s office confirmed that the death was due to a previously undiagnosed heart condition.) The family still vlogs regularly, because, they say, they want “to be celebrating life.”

Despite the drawbacks, experts are cautious about criticizing what could just be family scrapbooking writ large. “The effect of fame on children is hard to discern,” says Alan Kazdin, director of the Yale Parenting Center, pointing to the social and material advantages that come with it. What famous families sacrifice may be worth less than what they gain. Many of them eventually post a video of their new house. And the Eh Bee family is about to set off on their second trip around the U.S., courtesy of an allergy medication.

And perhaps that, in the end, is what makes family vlogging so irresistible, despite the potential downsides. It forces people to create a more interesting life for the camera. As Missy Lanning, a mother of two and the matriarch of Daily Bumps said in a video of her family’s many adventures, “Because we daily vlog, we have chosen to live our life to the fullest, and it’s awesome.”

Daily Bumps: The vlog of Bryan and Missy Lanning grew out of their infertility struggle; they now have two kids
Youtube
More Must-Read Stories From TIME 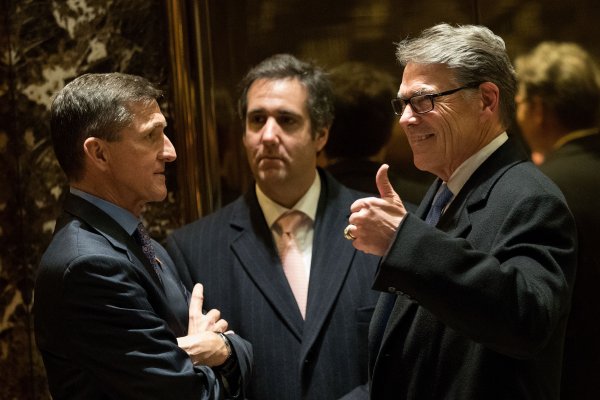