Google on Wednesday revealed several new updates for its most popular hardware and services as part of its annual I/O conference. While the developer-centric event has historically focused on Google products like Android and Chrome, this year’s announcements revolved mainly around the search giant’s advancements in artificial intelligence, or AI. That’s been a common theme among Silicon Valley’s top companies lately, setting up AI as the next big tech battleground.

Here’s a quick look at Google’s biggest announcements from its its 2017 I/O keynote.

The smart speaker battle is heating up: Just days after Amazon revealed a new Echo device with a screen, Google announced a slew of new capabilities for its own connected speaker, the Home.

The most significant upgrade is that Home users will be able to make hands-free phone calls through the device. Calls to the U.S. and Canada will be free, while Home owners can choose to link their phone number to the gadget. (Amazon recently announced a similar feature, but calling is limited to Echo-to-Echo communication for now).

Because Google Home can tell the difference between various users’ voices, it will know to call the right person depending on who’s placing the call. During a live demo, Google’s Rishi Chandra asked to call his mom, then said that if his wife had uttered the same phrase, the Home would have known to call Chandra’s mother-in-law instead.

Google is also launching a new Home feature called “proactive assistance,” which is basically a different term for notifications (another feature that arrived on the Echo this month.) When the Home’s microphone lights up, users will be able to ask the Home if it has any important updates to share, such as a change to an upcoming calendar appointment or a flight delay.

The Google Assistant can “see”

The Google Assistant digital aide is getting a big visual upgrade. In the coming months, users will be able to point their phone at a sign in a different language and watch as it’s translated before their very eyes. Or, if they aim their phone at a theater, it could show upcoming showtimes and an option to buy tickets. That’s all thanks to Google’s Lens app, which is similar to the Bixby Vision feature Samsung offers on its Galaxy S8 and S8+ smartphones.

Furthermore, the Google Assistant is coming to Apple iPhones as a standalone app. It won’t be baked in at the operating system level like Siri is, so it will be limited in how useful it is for iPhone owners. But it can still do things like the Lens features above.

Google offered new information about what to expect from its next major Android update, which for now is referred to as “Android O.”

One highlight: When downloading an app for the first time, Android may ask if you’d like it to fill in your username if you’ve already used that service in Google Chrome.

Google is also making it easier to copy-and-paste text in Android. If you tap an address, for example, it will automatically select the entire address instead of just a portion of it, and from there it will suggest pasting it into Google Maps.

Other core Android O updates will improve security and battery life and add a picture-in-picture mode, which will let users minimize a video so that it only occupies a portion of the screen.

Google is working on a version of Android called Android Go that’s optimized to work on low-end phones with under 1GB of memory (most high-end phones have around 4GB.) Go is also built to help users budget their bandwidth: When using the Android Go version of YouTube, for instance, users will be able to preview videos and see exactly how much data they will eat up before deciding to stream a full clip.

Android Go is similar in spirit to Google’s Android One program, which offers low-cost Android devices to users in developing markets.

Virtual reality without a phone

Google is one of several tech companies pursuing the “holy grail” of virtual reality: Headsets that don’t need to be connected to a computer or smartphone to work. To that end, the search giant announced that standalone VR headsets will be available starting later this year.

HTC — maker of the Steam-compatible Vive headset — and PC maker Lenovo are among the first partners working on these headsets. The search giant collaborated with chipmaker Qualcomm to come up with a reference design.

Move over, Shutterfly. Google announced a new service that creates photo books based on the images in your phone’s gallery. If you’re using the Google Photos app, you’ll be able to search for images of a specific person. From there, Google Photos can choose the best photos and arrange them in an album that you can order.

Google also announced other sharing-centric features for Google Photos. You can, for instance, choose to share your entire photo library with your spouse or a family member. If you don’t want them seeing your entire collection, you can limit the sharing to only include photos of specific people, like your kids. 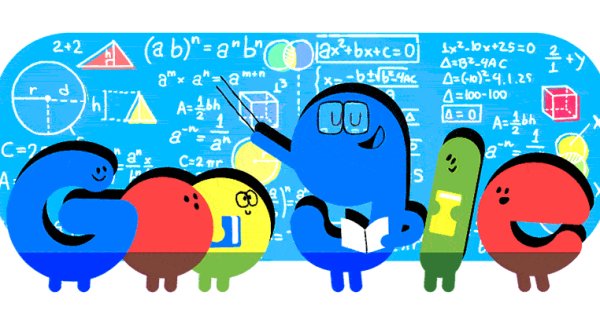