America's First Anti-Slavery Statute Was Passed in 1652. Here's Why It Was Ignored

Map of Rhode Island.
Buyenlarge—Getty Images
By Olivia B. Waxman

Slavery in the United States wasn’t abolished at the federal level until after the Civil War, but on this day in history, May 18, 1652, the first anti-slavery statute in the U.S. colonies was passed in what’s now the state of Rhode Island. (The statute only applied to white and black people, but in 1676, the enslavement of Native Americans was also prohibited in the state.) While it sounds like Rhode Island was ahead of its time — and, in some ways, it was — what actually happened was complicated.

Though Rhode Island’s Quaker population was starting to question slavery and the relatively young colony was looking for ways to differentiate itself from neighboring Massachusetts, the statute was very limited. For one thing, the law, which only applied to Providence and Warwick, banned lifetime ownership of slaves. For periods of 10 years or less, it was still permitted to essentially own another person, as an indentured servent. And it’s not as if, 10 years after the statute was passed, people let their slaves go.

“There’s no evidence that it was ever enforced,” says Christy Clark-Pujara, author of Dark Work: The Business of Slavery in Rhode Island and professor of Afro-American Studies at the University of Wisconsin-Madison.

One possible reason is that Rhode Island also couldn’t afford to enforce a ban on slavery. The colony dominated the North American trade of slaves, with Newport is the major slave-trading port in North America. New England farms at this point weren’t producing anything that England wasn’t already producing, so England didn’t need these things, which meant that the region served as supplier instead for the West Indies and the large slave population of that region. In return for the food and housewares sent from the U.S. to the West Indies, New England got molasses, which it used to distill rum, and Rhode Island actually became the number-one exporter of rum.

More importantly, laws at this time tended to contradict themselves because there is no uniform slave code that the colonies were supposed to follow. So for the rest of the 17th century, the colonies were in the process of fleshing out what their laws for slavery were going to look like, debating between enslaving Native Americans, using an indentured servitude system that was common in Europe, or relying on African slavery, says Clark-Pujara.

By the 18th century, many colonial officials had settled on a system of race-based slavery. That 1652 municipal law was superseded by a 1703 law passed by the Rhode Island General Assembly that legally recognized black and Native American slavery and whites as their owners.

“By 1750 Rhode Island had the highest percentage of enslaved people in New England. Ten percent of Rhode Islanders lived in bondage, which was twice the northern average,” Clark-Pujara explains. “We all know the end of the story, that black slave labor becomes the dominant [form of labor], but I think people forget that there was nothing inevitable about that. Conscious choices were made to make it that way.” 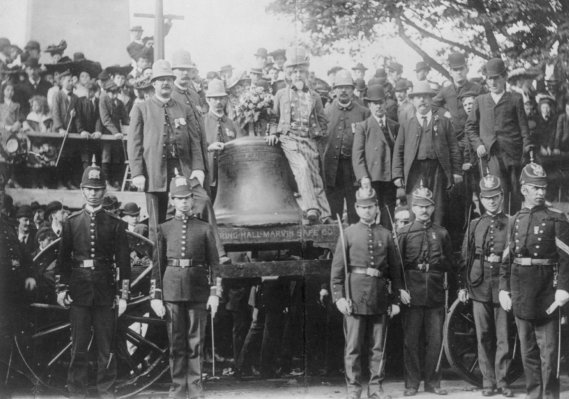 How the U.S. Got Its Police Force
Next Up: Editor's Pick