An Arkansas couple was arrested after their newborn baby girl was severely bitten at least 100 times by rats inside their home, authorities said.

The rodents bit the 15-day-old baby for hours, leaving the infant with such deep wounds all over her body that she required surgery, according to the Arkansas Democrat-Gazette, which cited an affidavit. Her teenage parents were arrested Sunday.

Charles Elliott, 18, and Erica Shryock, 19, face charges of endangering the welfare of a minor, police said in a statement.

The baby was taken to the hospital for severe and “excessive rodent bites” to her body, including her arms, hands, face, head and fingers, authorities said. She underwent facial reconstruction surgery to treat a wound on her head, the Democrat-Gazette reports.

It’s unclear if Elliott and Shryock have attorneys. Both were being held without bail. 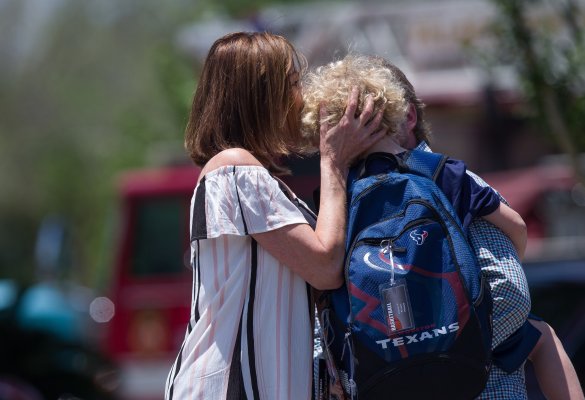