Here’s nothing surprising: the Nintendo Switch was the bestselling console in April, after its bumper launch and likewise bestseller status in March.

What is somewhat less expected is the success of Mario Kart 8 Deluxe, which turns out to have been April’s number one game. That’s notable both because Mario Kart 8 Deluxe is a nearly 3-year-old Wii U port. Yes, with slightly spiffier graphics and a few multiplayer bells and whistles, but a port nonetheless, with over 8 million in Wii U sales already. It also arrived on April 28, meaning it snatched April’s top spot in the space of two days (tracking cut off on April 29). Yes, April was a relatively slow month for triple-A releases, but Persona 5, Dragon Quest Heroes II, Outlast 2 and Yooka-Laylee aren’t exactly slouches.

The Switch managed 280,000 units in April, says Nintendo, despite its virtual unavailability anywhere you look. Couple that figure to April 3DS handheld sales of 68,000 units, says Nintendo, and the total is equal to nearly half of all hardware sales across the spectrum, PlayStation and Xbox included. The phenom continues.

Mario Kart 8 Deluxe‘s April haul was 550,000 units, of which 460,000 were physical and 90,000 were digital, says the company. The Legend of Zelda: Breath of the Wild, which crazily outsold the Switch itself in March for an attach rate greater than 1-to-1 (some buyers bought the collector’s edition and the regular one), ranked third in April sales (I’m assuming number two was Persona 5). Nintendo adds that 1-2-Switch and Snipperclips – Cut it out, together! also witnessed “strong sales” in April, though isn’t divulging numbers.

May could be a slower month for software. While Nintendo battles to catch the supply chain up with unrelenting demand, there’s nothing first-party (like Mario Kart 8 Deluxe) on the books. Minecraft for Switch just arrived, and could do very well, but that’s also a game with high multi-platform saturation (though to be fair, it’s been the bestselling title in the Nintendo eShop for some time). Thumper (May 18) and Disgaea 5 Complete (May 23) are delightful but relatively niche. And Ultra Street Fighter II: The Final Challengers (May 26) is a port of a 1994 game that’s been ported countless times before.

The next big thing from Nintendo arrives June 16, an up to 4-player fighting game called Arms that turns the genre on its ear by melding boxing with first-person shooting (you throw punches with extensible arms, ergo literal “flying fists”). That’s followed by Splatoon 2 on July 21, a sequel to Nintendo’s idiosyncratic 2015 ink-shooter with a serious eSports angle. 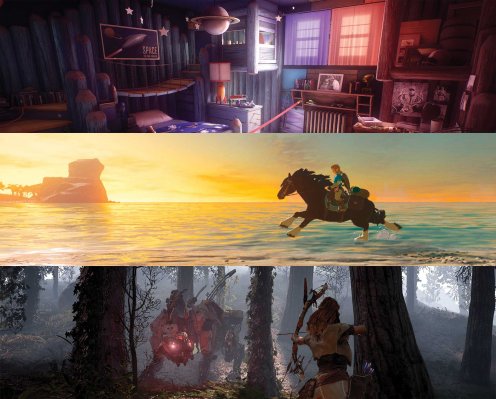