Eyes on the prize A printshop worker rolls up a poster of al-Sisi, who resigned as Egypt’s military chief in March in order to run for President
Amr Dalsh—Reuters
By Thanassis Cambanis

When Egypt holds its presidential election on May 26 and 27, Abdul Fattah al-Sisi is almost certain to win. But the retired field marshal, who led a popular coup in July against the democratically elected Islamist Mohamed Morsi, is just as likely to be a failure at the presidency as the man he ousted.

In spite of orchestrating a crackdown on political freedom, al-Sisi has won broad support from Egyptians convinced that the soft-spoken former military man will end their nation’s economic free fall. But the very institution Egyptians are putting their faith in—the military, in the person of al-Sisi—has driven much of the country’s economic rot. Its generals aren’t much good at their primary task—fighting Egypt’s enemies on the battlefield—let alone nursing a huge economy back to health.

Egypt’s finances are in crisis. Since the coup, this country of over 80 million people has survived on handouts, including $16 billion in pledges from Gulf monarchies. The country is now running out of foreign-currency reserves. The biggest chunk of the national budget—about 30%—subsidizes cheap fuel and food. That’s unsustainable, and cracks in the economic fabric of the country are growing; for the second year in a row, shortages have created lines at gas stations and rolling blackouts. Unemployment is at a record high, above 13%.

Only one sector of the economy continues to thrive: the military. Its budget is a state secret but by some estimates comprises as much as 40% of Egypt’s economic activity. The military uses conscripts as labor to do everything from building roads to bottling olive oil, but keeps all the profits for itself. Under al-Sisi’s watch the military’s business empire has expanded greatly, according to independent analysts who track it.

Running a country is a very different proposition from running a business, however, even one as sprawling as the Egyptian military. Assuming he becomes President, al-Sisi will face the intimidating task of paying for all that subsidized bread and gas. And he will have to keep law and order in a country facing a potent armed Islamist insurgency that appears to be spreading from the Sinai peninsula to the streets of Cairo.

Al-Sisi’s failure to stem the jihadist uprising should alarm all Egyptians and any party, including the U.S. and Israel, concerned about Egypt’s stability. The U.S. needs Egypt as a counterterrorism partner and regional ally. Israel too counts on Egypt, which has provided a quiet border since the two nations signed a peace treaty in 1979.

The military has used scorched-earth tactics against jihadist strongholds in Sinai, reportedly leveling entire neighborhoods while terrorism suspects slip away. Only high-level intelligence work can unravel the insurgency, but there’s no evidence that the police or army are up to the job.

Al-Sisi could yet use his charisma and cult of personality to inspire the security forces to victory against the militants or to convince the Egyptian public that the subsidies they rely on have to end, no matter the short-term hit to their family budgets.

But any major policy successes are unlikely because the military simply isn’t as powerful as its propaganda would suggest. And it’s not just the economy and the Islamists it can’t cope with. The judiciary, whose judges shocked Egyptians by sentencing 529 Muslim Brothers to death after a one-day trial, appears to be beyond the military’s control. The police, meanwhile, kill unarmed protesters with impunity and selectively obey instructions from the government.

Just over three years ago the Egyptian people reached a breaking point, rising up against President Hosni Mubarak, a corrupt former military man who ruled for nearly three decades. Egyptians made a rash decision last year to trust again in the institution that gave them Mubarak. It should come as no surprise, then, to find the head of the army sliding effortlessly toward the presidency with the military’s special privileges enshrined more baldly than ever in a new constitution, authored largely by the generals themselves. But no amount of iron rule can keep Egypt from reaching its next breaking point, which this time around is likely to come in a matter of years rather than decades.

Cambanis is the author of the forthcoming Tomorrow Never Came: The Daring and Defeat of Egypt’s Revolutionaries 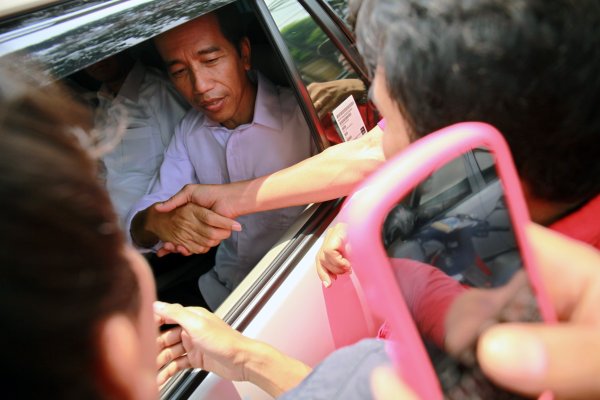 The Measure of Two Men
Next Up: Editor's Pick