“The more you play it, the bigger people perceive the possibility space to be,” game studio Monolith Productions’ Michael de Plater told me while speaking about Middle-earth: Shadow of Mordor back in 2014. Perception notwithstanding, that possibility space looks to be flourishing by geometric orders of magnitude in Middle-earth: Shadow of War, Monolith’s followup for PC, PlayStation 4 and Xbox One that’s due August 22.

See for yourself in the new trailer, which steps further beyond the carbonized bounds of Sauron’s Mordor to locales like Cirith Ungol (the tower guarding passage into Mordor near Minas Morgul — the one Frodo and Sam get caught up on much to their misery between The Two Towers and The Return of the King), Gorgoroth (okay, the still pretty carbonized plateau in northwest Mordor where Sauron garrisoned most of his underlings) and the Island of Nurn.

Wait, there’s an Island of Nurn? I’m familiar with Nurn and the briny Sea of Núrnen (both in southeast Mordor as well as visitable in the last game). Did Tolkien write about an island somewhere in the middle of that sea? I’m nerdy enough to own a copy of Karen Wynn Fonstad’s The Atlas of Middle-earth, and rifling through her section on Mordor, there’s nothing in the text, map or cross section about an island. Did Monolith drop one in? Hey, why not?

The bigger deal, only glimpsed in this environmental sizzle reel, is Monolith’s groundbreaking “Nemesis” system, wherein the bad guys get forever badder, with or without your help. Monolith’s stroke of brilliance was to devise various open world ecologies of ladder-climbing foes who quarreled not just with players but each other, sight unseen, presenting players with a capricious combat-scape that could sometimes conspire in tectonic ways against them.

Since you can’t die (you’re already dead as well as soul-bound to a wraith — talk about insurance policies!), your death becomes the ultimate boon to persistent enemies, each getting a tidy power boost as you expire, then standing boastfully at the ready (ergo “nemesis”) for a rematch.

Middle-earth: Shadow of War continues the tale begun in Shadow of Mordor. You’ll recall things not quite concluding before the credits roll, and since this whole affair takes place between The Hobbit and The Lord of the Rings, of course Sauron is by narrative necessity un-killable. 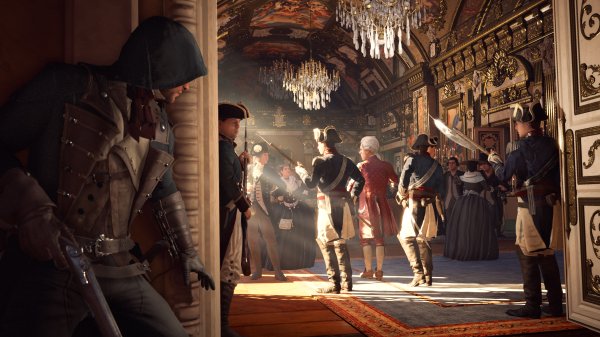