The Times cites a memo that Comey wrote after his meeting with the president a day after Flynn resigned following revelations that, contrary to his initial statements, he had discussed Russian sanctions with the country’s Ambassador Sergey Kislyak on a phone call in December of 2016.

The official emphasized acting F.B.I. director Andrew McCabe’s testimony last week, where he said “There has been no effort to impede our investigation to date.”

A spokesperson for the Department of Justice declined to comment on the Times report, and Flynn’s lawyer did not respond to request for comment.

Rep. Jason Chaffetz, the Republican Congressman who chairs the Congressional Committee on Oversight and Government Reform (but who has said he will not finish out his term), wrote on Twitter that he has his “subpoena pen” ready to obtain Comey’s memo cited in the Times before releasing the letter he sent to McCabe requesting the committee receive “all memoranda, notes, summaries, and recordings” regarding communication between Trump and Comey by May 24.

But some Republican Senators were quick to express doubt about the news after it broke.

“I’ve said openly that the director of the FBI shared more information with Sen. Warner and myself than any [FBI] director has ever shared,” said Sen. Richard Burr, the chairman of the Senate Intelligence Committee which is investigating the Russian meddling in the election. “I think something as material as that probably would have been something he would have shared had it happened.”

Some, like Sen. Lindsey Graham, a member of the Judiciary Committee, said this only increased the need for Comey to testify before Congress, which he has declined to do.

Democrats, however, immediately pounced, with Schumer taking to the Senate floor and describing himself as “shaken.”

“Concerns about our national security, the rule of law, the independence of our nation’s highest law enforcement agencies are mounting. The country is being tested in unprecedented ways,” Schumer said. “I say to all of my colleagues in the Senate: history is watching.” 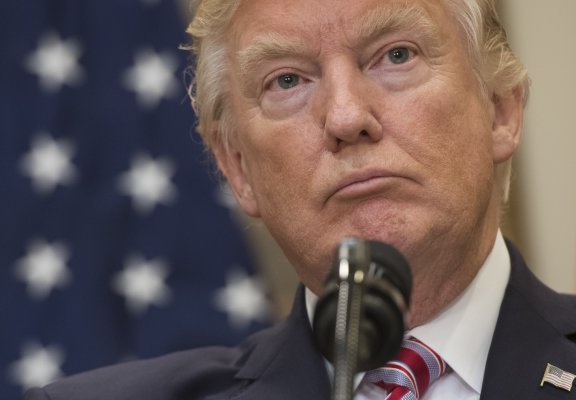