You Asked: Is Gluten Sensitivity Real?

Gluten, a kind of stretchy protein found in wheat, rye and other grains, is ubiquitous in processed food products because of its handy binding properties. That makes it hard to avoid. But who, exactly, needs to follow a gluten-free diet?

Certainly people who have celiac disease—roughly 1% of the population—since eating gluten triggers an intestine-damaging immune system response. It’s also a no-no for people who are allergic to wheat. For both of these groups, eating foods with gluten can lead to inflammation of the small intestines and symptoms like abdominal pain, funky bowel movements, foggy thinking, chronic headache, joint pain, skin rashes and chronic fatigue, says Dr. Alessio Fasano, director of the Center for Celiac Research and Treatment at Massachusetts General Hospital.

But there’s a third group of people who also go gluten free: those who experience many or all of the above symptoms in response to eating wheat or gluten, but who do not test positive for either celiac disease or a wheat allergy. Because these people tend to feel better when they avoid gluten, some experts refer to their condition as “non-celiac gluten sensitivity” (NCGS).

For a time, many doctors did not acknowledge that such a condition exists, and NCGS is still controversial. But Fasano and others say they’re now certain it’s a legitimate phenomenon, although its name may not be quite appropriate. “It’s probably a sensitivity to more than one ingredient in grains, so things besides just gluten are triggering the immune response,” he says.

In one double-blind study, Fasano found that half of the study participants who claimed a gluten sensitivity did not show any symptoms when secretly fed gluten. While some would point to this as a sign that many people are imagining their gluten aversion, Fasano says it’s more likely they really are sensitive to something in grain—just maybe not gluten specifically. For these people, avoiding gluten would also help them steer clear of other grain proteins that may be causing them problems.

Instead, the term “non-celiac wheat sensitivity” may be more accurate. “We don’t know for sure if it is the gluten in wheat and related cereals that is the sole trigger of these symptoms,” says Armin Alaedini, an assistant professor at Columbia University who researches immune-related GI disorders. “There is some ambiguity there, which is why many investigators are calling it ‘non-celiac wheat sensitivity’ for now.”

It’s also unclear at this point how to diagnose the condition. “Currently, the only way to form a diagnosis is thorough a clinical examination that would involve food restriction or food challenge,” Alaedini says. He also says that both celiac disease and wheat allergies—conditions for which there is an agreed-upon diagnostic criteria—have to be ruled out first.

“Non-celiac gluten sensitivity is basically diagnosed by exclusion,” Fasano says. “If symptoms go away when you go off gluten, and we eliminate wheat allergy and celiac as possibilities, you have NCGS.” This sort of criteria isn’t ideal, and Fasano hopes to have some kind of biomarker test for NCGS in the near future. But it may turn out that wheat-related sensitivities are a spectrum disorder—and one that may overlap with irritable bowel syndrome and other related gut issues, he says. If that’s the case, a simple test may not be possible.

Why does wheat seem to give so many people problems? “Some people think that all of humankind has a sensitivity to these grain foods, and there’s an evolutionary basis for that kind of thinking,” Fasano says. Take the Paleo argument: that for most of human history people did not eat cultivated grains, and so their guts weren’t made to manage them.

Cutting out highly refined grain-based foods packed with sugar and additives is a healthy move, but a wholesale abandonment of grains is “swinging the pendulum too far” to the other extreme, Fasano says, and could deprive people of many healthy nutrients. “I think one of the worst things you can do is give up gluten altogether, without a physician’s oversight, just because you think you might feel better,” he says. He compares it to taking insulin injections because you suspect you might have diabetes. “It’s just not a rational approach.”

Apart from raising your risk for nutritional shortfalls, you may be wasting your time and energy focusing on an intervention that has nothing to do with your problem. “For example,” Fasano says, “if you’re always tired, you could have a gluten sensitivity, but you could also have chronic fatigue syndrome or fibromyalgia or Lyme disease or sleep apnea or chronic stress or something else.” If, instead of seeing a doctor, you decide to go off gluten, you may end up delaying a proper diagnosis and effective treatment.

“The evidence is that this is a complex, multifactorial condition, and to think that you can fix all forms of it with this one intervention”—that is, by going gluten-free—“is misleading and could be dangerous,” he adds. Rather than boycotting bagels, see your doctor instead. 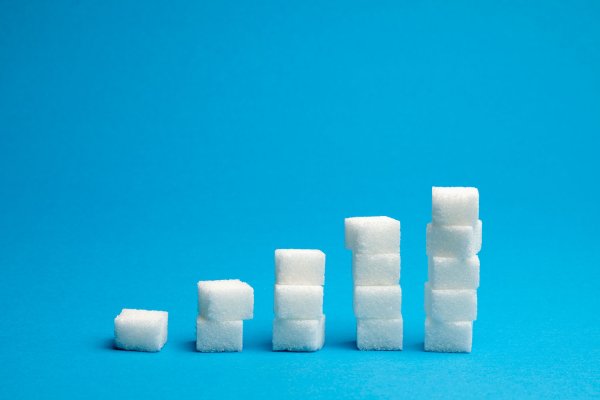 6 Good Reasons to Stop Eating Sugar
Next Up: Editor's Pick