Peter Gabriel: Video Will Bring Us Justice in the Long Run

John Molloy—Getty Images
Ideas
By Peter Gabriel
Gabriel, a musician and activist, is co-founder of WITNESS.

It was 1991. A plumber planning to record the Los Angeles marathon with his newly acquired Sony Handycam was trying it out when he heard a commotion outside and saw flashing sirens below his apartment window. He pressed the record button and began filming the brutal beating of Rodney King by the Los Angeles Police Department. Within 12 hours, it had been seen around the world. The video sparked outrage and brought a new focus onto police conduct and brutality, racial injustice and human rights.

A couple of years earlier, I had a life-changing experience as part of Amnesty International’s Human Rights Now! tour. I was profoundly shocked by my conversations with many victims of human-rights abuses, both by the extent of their suffering but also by how often their horrific experiences were denied and buried.

I believed then what I still believe today — that people armed with cameras can create change. With cameras in our hands, we all can protect and defend human rights.

And so in 1992, I helped found WITNESS. The organization is based on the idea that technology can transcend all borders and that information is power. Change flows when the right tools are in the right hands with the right skills.

In the last 25 years, technology has evolved many times over. Heavy, expensive video cameras have been shrunk into chips, and a tiny lens is found in every cell phone. There are now very few people who do not have access to a cell phone. More video is generated in a day today than was generated in an entire year when WITNESS was formed. And that cell phone in your pocket has the power to capture what’s going on and use it to ignite change.

In 2014, a Staten Island grand jury declined to charge a New York City police officer in the death of Eric Garner. His death and last words “I can’t breathe” became a rallying cry for a new generation of activists fighting to end police misconduct. Mr. Garner’s death was captured on cell-phone video and circulated widely on social media and news outlets around the world. The prevailing opinion was that the officers in charge would face justice and be held accountable for their misdeeds. That was not the result.

In April, the world was yet again shocked and horrified by images coming out of Syria. The use of sarin in a chemical weapons attack in the rebel-held city of Khan Sheikhoun in Idlib province and the subsequent airstrike on the hospital tending the survivors of the attack were captured on video. In the aftermath of the attack, President Bashar Assad claimed that the videos of the attack were faked. The authenticated video evidence of the attacks, verified on multiple fronts, proves otherwise. This evidence is irrefutable.

Examples like these may leave us at a loss. Crimes were documented — and the footage captured circled the globe many times over. Sometimes, documenting a human rights crime doesn’t directly lead to justice. But it can galvanize a movement. It can be proof regardless of what a jury decides. Most importantly, it can transform public opinion as well as national and international policies. We may not see the outcome we want when we want it, but there is power in arming truth with evidence.

The reality is that human-rights crimes happen all around us, and most of us have the tools to document them. We need to not only show the truth, but to verify and prove it. We need to know how to save, protect and curate our video footage, because in most cases the road to justice is long and difficult.

At times, it seems like we live in the post-truth age. Propagandists sit alongside those in power who see our world as theater, in which shocking news stories are rapidly countered by fabricated accounts suggesting that the opposite happened. We end up stunned and subdued, unsure of what we can and cannot believe. When you factor in that we only end up seeing the news that is increasingly chosen for us through algorithms and our own filter bubbles, the truth appears elusive.

One way to counter this is to empower, protect and champion the storyteller and the human rights activist. History shows us time and time again the power of truth. The most effective way to counter Holocaust deniers was by diligently assembling the stories and first-hand accounts of survivors. As Archbishop Desmond Tutu explained about the Truth and Reconciliation Committee in the wake of South Africa’s apartheid, letting people have their stories seen and heard is an act that itself is empowering and is the foundation for justice.

I still believe that seeing is believing. The value of video footage lies not just in its existence, but in the inability to deny what is captured for posterity.

Timely, accurate and impartial information is the most powerful force we have to protect the fundamental rights of all people. Now more than ever, there are more bystanders willing to step forward and speak truth to power. And, as ever, they need your help to do it. 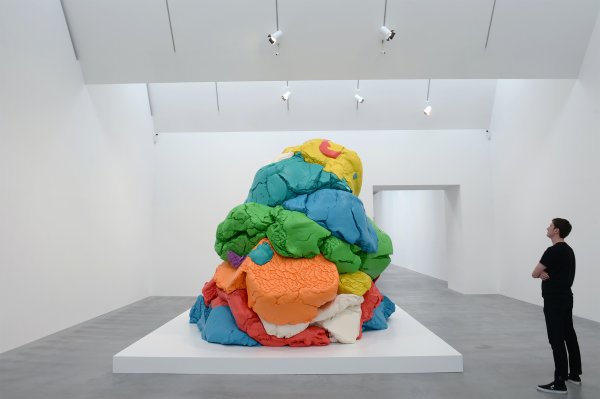 Blame Donald Trump's Rise on the Avant-Garde Movement
Next Up: Editor's Pick