The Keepers: Behind the Unsolved Murder of a Nun That Is Now a Netflix Series

A beloved Baltimore nun went shopping for pastries nearly 50 years ago and then suddenly vanished — only to turn up dead in a ditch with her skull partially caved in. The murder of Sister Cathy Cesnik rocked the city at the time and still haunts those left wondering who killed the 26-year-old Catholic school teacher.

To this day, the question has stumped authorities. Now the mystery is being unfolded in a new Netflix documentary series called The Keepers, which premieres on the streaming service May 19 and explores whether a once-secret pattern of alleged sexual abuse by a top Catholic priest played a role in the nun’s death.

Here’s what to know about the 1970 cold case based on news reports and interviews:

Who is Sister Cathy?

Cesnik, who was called Sister Cathy, taught English to 11th and 12th graders at the Archbishop Keough High School, an all-girls Catholic school in Baltimore in the 1960s, according to the Baltimore Sun. She was working at Western High School when she died.

In the new seven-part Netflix documentary, former students remembered her as a compassionate instructor.

“Sister Cathy could’ve been looked at as a big sister,” said Deb Silcox, who attended Keough. “She exemplified this spirit of compassion and kindness. You felt like you were an individual with her. She was encouraging you to bloom as a person.”

What happened to her?

Cesnik went missing on the night of Nov. 7, 1969 after stopping by a local shopping center to pick up buns from a bakery, cash a check and buy an engagement present for her sister, the Sun reported. Her car was found abandoned, unlocked and parked illegally at an odd angle near her apartment, hours after she was reported missing. Two months later, her decomposed body was discovered at an isolated and snow-covered dumping area in Baltimore, police said. She died from blunt force trauma to her head.

Baltimore County Police said detectives believe Cesnik was attacked in front of her apartment, after she returned from the shopping center, and was shoved back into her car and taken to the field where she was murdered.

It’s unclear who killed Cesnik, and no arrests were ever made. Speculation about a motive first surfaced in the 1990s when several students came forward with sex abuse claims against Archbishop Keough High School’s chaplain, Anthony Joseph Maskell. Many believed Cesnik was aware of the sex scandal, and that Maskell was either responsible for or involved in the nun’s killing to silence her. Maskell denied the sex abuse accusations up until his death from a stroke in 2001, according to the Sun. Earlier this month, police dug up Maskell’s body to obtain his DNA to compare with evidence, although the findings are unclear. “Maskell was a player in this scenario that we needed to take a look at, so this was a step that we needed to take,” Baltimore County Police spokeswoman Elise Armacost told CBS Baltimore.

The investigation grew complicated early on after another woman was abducted and murdered around the same time as Cesnik. Authorities were unsure whether the two crimes were related. The Sun reported in 2014 that the second victim, 20-year-old Joyce Malecki, also had close ties to a parish connected to the sex abuse case.

The archdiocese did not immediately comment this week. It has settled with more than a dozen sex abuse accusers, according to the Sun.

Baltimore County Police said this week that its detectives “continue to work tirelessly on the Cesnik case,” which it called “one of our most active cold cases.” The department is still waiting on the DNA results from the exhumation. “We continue to feel cautiously optimistic that we can solve it, though the older a case gets the more difficult it is to clear,” Armacost said in a statement Tuesday.

The new Netflix series on the unsolved murder details the lengths two former students have gone to in the hopes of achieving justice for their slain teacher. Through interviews with victims and those closest to the investigation, the docuseries also explores the rampant clergy abuse and theories as to how it remained hidden for years. 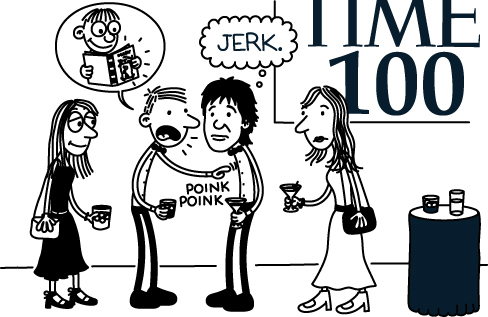 That Time I Failed Miserably at Charming My Own Son
Next Up: Editor's Pick