Deputy Attorney General Rod Rosenstein is set to brief all members of the U.S. Senate on the recent firing of FBI Director James Comey.

Rosenstein was invited to brief the Senate by Majority Leader Mitch McConnell. A McConnell spokesperson said the briefing on Thursday will be classified.

Rosenstein has found himself at the center of the backlash over Comey’s sudden firing following a memo he wrote recommending Comey’s dismissal. The White House initially said Rosenstein’s memo, along with a letter from Attorney General Jeff Sessions, led to the firing, but Trump later said he would have fired Comey regardless of their recommendation. In his memo, Rosenstein said he could not defend Comey’s actions during the investigation into Hillary Clinton’s use of a private email server.

Rosenstein is a 27-year veteran of the U.S. Department of Justice, though he had largely been unknown to the wider public prior to Comey’s firing. 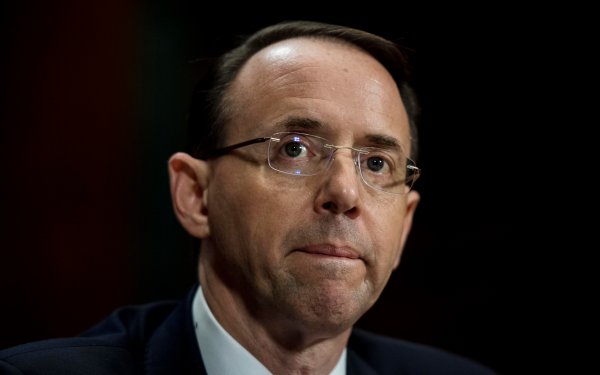 Meet the Prosecutor at the Center of the Controversy Over Comey's Firing
Next Up: Editor's Pick