The Real TIME Cover Behind That Fake 'Ice Age' Report

Apparently, an effective hoax is like an old soldier. It never dies; it merely fades away to resurface later.

The latest example of that phenomenon is a Politico report from Monday morning, about how fake news can make its way to President Donald Trump. The story related an anecdote in which deputy national security adviser K.T. McFarland reportedly presented the President with a print-out that included an image of a 1970s TIME cover predicting a coming ice age. The problem? That cover never existed.

It’s far from the first time that particular hoax cover has made news. A few years ago, at another moment when it was making the rounds, Bryan Walsh explained the science behind the fake news. The meme in question shows the supposed 1977 ice age cover on one side and a real 2006 cover story about global warming on the other; the takeaway is that even the most confident reporting on global warming might be negated soon.

“[The] hoax does touch on an important part of climate science — and one that’s often misunderstood by skeptics. Call it the Ice Age Fallacy,” Walsh wrote. “Skeptics argue that back in the 1970s both popular media and some scientists were far more worried about global cooling than they were about global warming. For some reason a Newsweek article on the next ice age, published back in 1975, gets a lot of the attention, though TIME did a version of the story, as did a number of other media outlets. The rationale goes this way: the fact that scientists were once supposedly so concerned about global cooling, which didn’t come true, just shows that we shouldn’t worry about the new fears of climate change.”

But, while some media outlets in the 1970s did report on that idea of global cooling, actual science from the time — though not as developed as today’s science on global warming is — generally predicted just the opposite: global warming. In fact, scientists had already been thinking about global warming for decades at that point.

As Walsh pointed out, the doctored cover isn’t entirely invented. The background image of the penguin does come from a real issue, from 2007. (One easy giveaway: compare the range of TIME covers from 2007 to those from 1977. You don’t have to be a graphic designer to see that the penguin photo is not something that would have appeared on the front of the magazine 40 years ago.)

The real story, written by Jeffrey Kluger, was an examination of the things that could be done to combat global warming.

You can read the rest of the story here, in the TIME Vault. 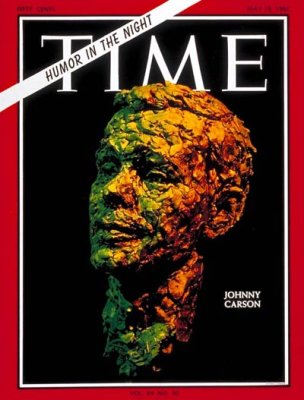 50 Years Ago This Week: The King of Late-Night Television
Next Up: Editor's Pick