Protesters in Charlottesville, Va., home of the University of Virginia, carried torches during a nighttime rally this weekend against the removal of Confederate statues across the city. The mayor denounced the gathering, saying it was reminiscent of those held by Ku Klux Klan.

“This event involving torches at night in Lee Park was either profoundly ignorant or was designed to instill fear in our minority populations in a way that harkens back to the days of the KKK,” Mayor Mike Signer said in a statement.

The Daily Progress, a local paper, said a couple dozen protestors had gathered in the city’s Lee Park on Saturday night, where they chanted “Russia is our friend” and “You will not replace us” as they hoisted flames in the air.

White nationalist and University of Virginia graduate Richard Spencer was among the nighttime protestors and attended a march held earlier in the day. He shared several tweets from the events, including an image of himself holding a flame. He also retweeted a photo of a group of Confederate flag-wielding gatherers dressed in white.

A counter-protest was held in the town on Sunday, according to CBS News, attracting about 100 people from a variety of backgrounds. “This is Charlottesville,” a local leader involved in the effort to remove Confederate monuments, Don Gathers, told a local CBS affiliate. “We’re black, we’re white, we’re Asian, we’re Latino, we’re LGBTQ, and this is our town.”

The Charlottesville City Council voted to sell the statue of Confederate General Robert E. Lee last month, but the effort was delayed by a judge for six months, according to the Daily Progress. The city is one of many mulling the removal of such statues; New Orleans has removed two and plans to remove more, in a controversial decision that has drawn protests. Many local governments have chosen to take down monuments to the Confederacy in the wake of the 2015 Charleston shooting by a white supremacist who killed nine African American church-goers.

Charlottesville’s mayor, who is Jewish, told Reuters he has been targeted by anti-Semitic tweets after speaking out against the protesters.

“You’re seeing anti-Semitism in these crazy tweets I’m getting and you’re seeing a display of torches at night, which is reminiscent of the KKK,” Signer said. “They’re sort of a last gasp of the bigotry that this country has systematically overcome.” 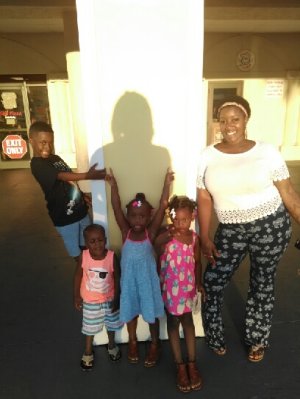 Black Lives Matter Groups Are Bailing Black Women Out of Jail for Mother's Day
Next Up: Editor's Pick