The asylum seekers who bravely took in NSA whistleblower Edward Snowden and gave him shelter in their humble dwellings, while he was on the run in Hong Kong in 2013, have had their applications rejected.

Immigration authorities issued the decision on Thursday and informed the group of seven on Friday, according to Robert Tibbo, an attorney representing them.

“I’m really upset” said Philippine national Vanessa Rodel, one of the seven applicants tells TIME. “I’m very afraid, I’m worrying a lot. In Hong Kong, once your case is rejected, you’re not allowed to stay.” Rodel said she feared being detained and separated from her young, Hong Kong-born daughter.

“The government’s decision to reject our clients’ claims is completely consistent with the effective zero acceptance rate [of asylum seekers] in Hong Kong,” Tibbo tells TIME, calling the decision “completely unreasonable.” He says authorities only gave each of the seven refugees “brief screening interviews” and, in Rodel’s case, only conducted screening in writing.

Read More: Living Without an Identity: The ‘Heartbreaking’ Plight of Undocumented Children in Hong Kong

Details of how Snowden managed to lay low in the Asian metropolis had remained obscure until last year, when the asylum seekers’ role came to light in Oliver Stone’s movie Snowden, and the details were disclosed in Canada’s National Post. (Joseph Gordon-Levitt, who played Snowden in the movie, has appealed for help on the asylum seekers’ behalf.)

Three other adult applicants are from Sri Lanka. Two of the three children involved are stateless.

The group turned to Canada to seek asylum earlier this year, citing grave risks if their stay in Hong Kong was prolonged. At the time, two of the Sri Lankans reported of being pursued by police from Sri Lanka.

Hong Kong’s rejection of the group “puts them in an even more vulnerable position, and triggers a need for urgent protection,” says Marc-André Séguin, one of the Canadian attorneys representing the group in the country. “We’re confident that the Canadian government will come to the same conclusion.”

“Three weeks ago, we heard from Canadian authorities that the files have been transferred from Canada to the visa office of the Canadian consulate in Hong Kong,” Séguin added.

Update: In an email responding to TIME’s request for comment, a representative from Immigration, Refugees and Citizenship Canada (IRCC) writes that the agency “never confirms or denies whether we have received a refugee application” for privacy reasons. 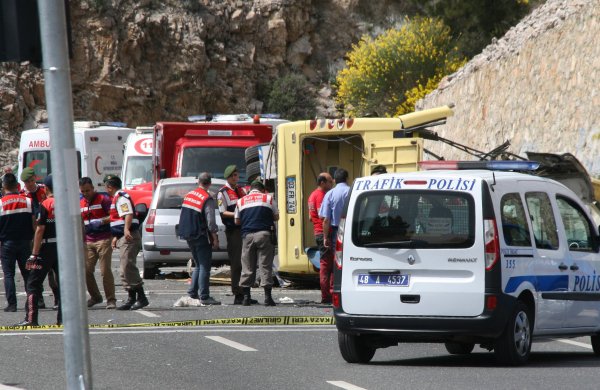 At Least 23 Killed in Bus Accident in Turkey
Next Up: Editor's Pick