Texas Sen. John Cornyn’s scheduled commencement address at a historically black university on Saturday has been canceled it sparked opposition and threats of protest from students.

The decision by officials at Texas Southern University to disinvite the Republican Senator comes days after Education Secretary Betsy DeVos’ commencement speech at the historically black Bethune-Cookman University was disrupted by students who booed and turned their backs on her.

“Commencement exercises are special moments for our students, their families and the entire University. Every consideration is made to ensure that our student’s graduation day is a celebratory occasion and one they will remember positively for years to come,” Texas Southern University said in a statement on Friday.

“We asked Senator Cornyn to instead visit with our students again at a future date in order to keep the focus on graduates and their families. We, along with Senator Cornyn, agree that the primary focus of commencement should be a celebration of academic achievement.”

University spokesperson Kendrick Callis declined to comment further about whether the decision was a result of the fallout from DeVos’ speech this week.

A Change.org petition to stop Cornyn from speaking criticized his approval of DeVos and Attorney General Jeff Sessions as well as his stance on “sanctuary cities” and voter ID requirements, among other policies.

“This is our graduation. We have the right to decide if we want to refuse to sit and listen to the words of a politician who chooses to use his political power in ways that continually harm marginalized and oppressed people,” said the petition, written by Rebecca Trevino.

The petition encouraged graduating students and their families to turn their backs to Cornyn during his address. It gathered 863 signatures before his speech was canceled.

The commencement ceremony, which will take place Saturday, will still include Democratic Reps. Al Green and Sheila Jackson Lee, who are slated to speak, the Texas Tribune reported.

“Senator Cornyn was honored to be invited to address TSU’s graduates, but he respects the Administration’s decision and looks forward to continuing to engage with the University in the future,” a spokesperson for Cornyn said in a statement. 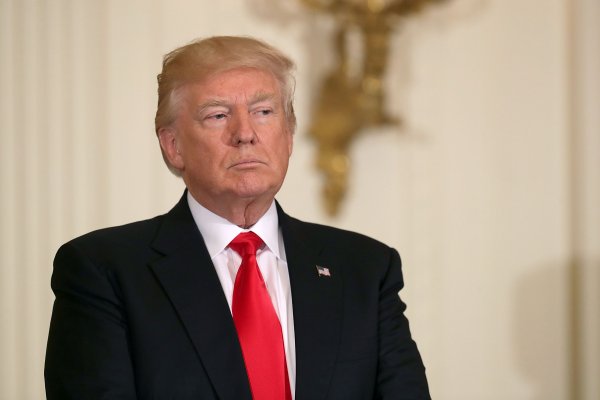 President Trump Doubles Down on Idea of Ending White House Press Briefings
Next Up: Editor's Pick