Attorney General Jeff Sessions made it clear on Friday that under his purview there is no such thing as a low-level drug offense.

Sessions issued a new policy instructing federal prosecutors to charge individuals with the “most serious, readily provable offense.” A one-and-a-half page memo issued by the Department of Justice makes clear that any previous policy that is inconsistent with the new directions is no longer in effect. In it, the Attorney General also signaled his support for mandatory minimum sentences, which had been a target of the previous Administration.

“By definition,” the memo reads, “the most serious offenses are those that carry the most substantial guidelines sentence, including mandatory minimum sentences.”

Sessions’ approach is nearly the exact opposite taken by the Obama Administration, which instructed prosecutors to do their best to avoid triggering mandatory minimum sentences when charging some low-level, non-violent drug offenders. Attorney General Eric Holder and President Obama insisted that there was both a moral and economic case for pursuing sentences that fit the crime committed—in their view, a first time, non-violent offender should not be forced to spend decades behind bars.

“Although incarceration has a role to play in our justice system, widespread incarceration at the federal, state and local levels is both ineffective and unsustainable,” Holder said in 2013.

On Friday, Holder issued a statement calling the new actions “an unwise step” in the wrong direction. “The policy announced today is not tough on crime,” Holder said. “It is dumb on crime.”

There have been signals that many across the political spectrum agreed with that approach with changes being made in even the reddest of red states. A bipartisan criminal justice reform package even seemed poised to pass Congress, but there were several opponents, including then-Sen. Sessions of Alabama. At one point, Sessions said that “good people” don’t do drugs like marijuana and said the reforms would “endanger” Americans.

In his role as Attorney General, Sessions has indicated his Justice Department will take a hardline approach to all crime, particularly drug crime. During remarks at the Sergeants Benevolent Association Awards presentation in New York City on Friday, Sessions said his new approach is simply the “right and moral thing to do,” noting upticks in violent crime in several cities across the U.S. and linking those surges to drugs.

“If you are a drug trafficker, we will not look the other way. We will not be willfully blind to your conduct,” Sessions said in prepared remarks. “We are talking about a kilogram of heroin–that is 10,000 doses, five kilograms of cocaine and 1,000 kilograms of marijuana. These are not low-level offenders. These are drug dealers. And you’re going to prison.”

Supporters of criminal justice reform have already come out against Sessions’s latest actions. Sherrilyn Ifill, the president of the NAACP Legal Defense Fund said the Attorney General had “turned back the clock” on criminal justice and paved the way for disproportionate punishment of people of color. New York University’s Brennan Center for Justice said the Trump Administration is using the same approach that “exploded the prison population, didn’t help public safety” and burdened tax payers. And the American Civil Liberties Union said Sessions is “pushing federal prosecutors to reverse progress and repeat a failed experiment—the War on Drugs.”

The Koch-aligned Freedom Partners, which supports criminal justice reform, also issued a statement on the Justice decision showing there is bipartisan support for a different approach.

“We favor a different approach which requires changing some of the existing federal laws,” Freedom’s Chairman Mark Holden said in a statement.

Kentucky Senator Rand Paul also denounced the move, saying the move will “accentuate” the injustice faced by communities of color that have been adversely impacted by tough-on-crime policies in the past.

“Instead, we should treat our nation’s drug epidemic as a health crisis and less of a ‘lock em up and throw away the key’ problem,” he said.

Correction: The original version of this story misspelled the last name of the president of the NAACP Legal Defense Fund. She is Sherrilyn Ifill, not Iffil. 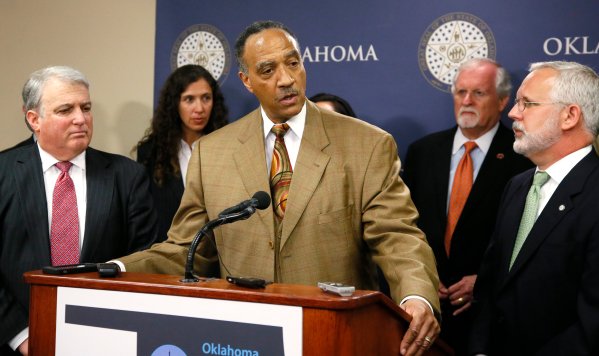