The NBC News/Survey Monkey poll found that 54 percent of Americans said the action was inappropriate while 38 percent said it was appropriate. The results of that question track nearly perfectly with Trump’s current Gallup disapproval rating (55%) and approval rating (38%), CNBC reports.

Along with finding Comey’s dismissal inappropriate, 55% of poll respondents indicated that Trump’s actions made them less confident that there will be a fair Russia investigation. Thirty-six percent of people said firing Comey made them more confident in the results of the investigation.

Respondents thought it was most likely that Trump dismissed Comey for reasons linked to the Russia investigation, with 46% of people saying they believed that was the primary cause — even though the White House has denied that the FBI’s investigation into any Russian election interference was relevant in the decision.

NBC News and Survey Monkey conducted the poll online on May 10 and 11 with 3,746 likely voters as participants. The margin for error is plus or minus 2.5 percentage points. 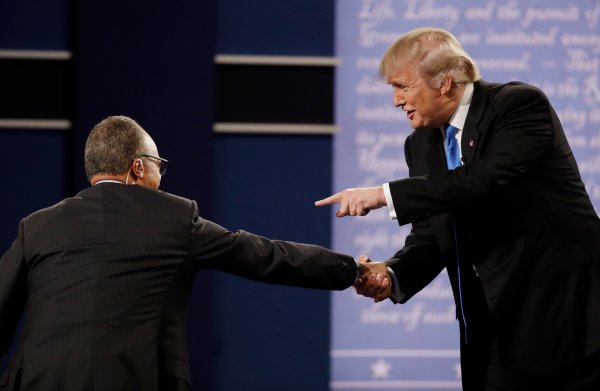 Trump Was Going to Fire Comey 'Regardless of Recommendations'
Next Up: Editor's Pick