Even in the crazy year that is 2017, there are some events that seemed like they would never happen. One of those things is President Donald Trump agreeing with comedian Rosie O’Donnell — but on Thursday, it happened (kind of).

Trump has fought with O’Donnell for years, often insulting her on social media and in interviews. He has called her everything from a “loser” to “fat” and even made a joke about his insults during the first Republican presidential primary debate in 2015.

But on Thursday, the president seemed to call a temporary truce with his longtime enemy. Instead of making fun of O’Donnell or insulting her, he found an old tweet of hers that he could make a joke about and now genuinely liked. In December 2016, O’Donnell called for then-FBI Director James Comey to be fired over his handling of the investigation into Hillary Clinton’s emails.

Trump fired Comey this week in a move that has sparked significant controversy and confusion in Washington. As the storm around Trump’s firing of Comey continues to rage, the president responded on Thursday by quoting O’Donnell’s tweet and joking, “We finally agree on something Rosie.”

It was not immediately clear whether Trump himself or a staff member posted the tweet in question. But O’Donnell’s months-old tweet had been posted to a subreddit for fans of Trump about 20 minutes before the President’s account tweeted it out. 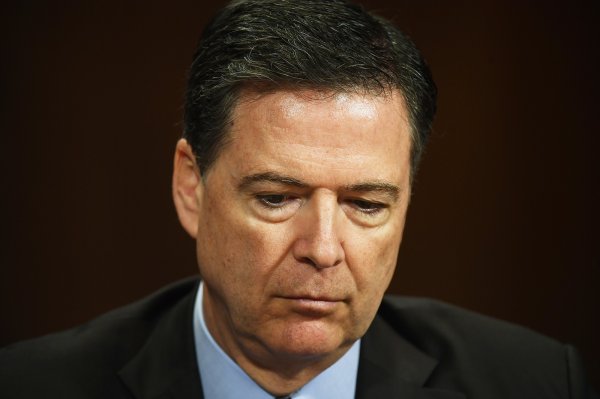 The White House Keeps Changing Its Story About Why James Comey Was Fired
Next Up: Editor's Pick