Watch out, Prince George and Princess Charlotte: there’s a new young royal on the block who has captured the internet’s heart.

His name is Prince Sverre Magnus, and he hails from Norway. The 11-year-old, who is third in line to the Scandinavian country’s throne, gave the public a surprise peek into his personality during an official appearance for his grandparents King Harald V and Queen Sonja’s 80th birthdays at the Royal Palace in Oslo this week. The young prince — alongside his stately family, including Crown Prince Haakon and his older sister Princess Ingrid Alexandra — posed for a photo op from the palace balcony. But Sverre is no staid royal child content to simply smile and wave, as protocol dictates. He’s a kid with a playful personality, which meant that he couldn’t help himself from hitting the dab and pulling some funny faces while he had the public’s undivided attention. (The dab is a popular dance move among millennial sports stars and Generation Z.)

Sverre Magnus isn’t the only mischief-maker in his family, either. His dad and heir to the Norwegian crown Haakon also went rogue during the celebrations, shaving off his beard in the middle of the dinner event. 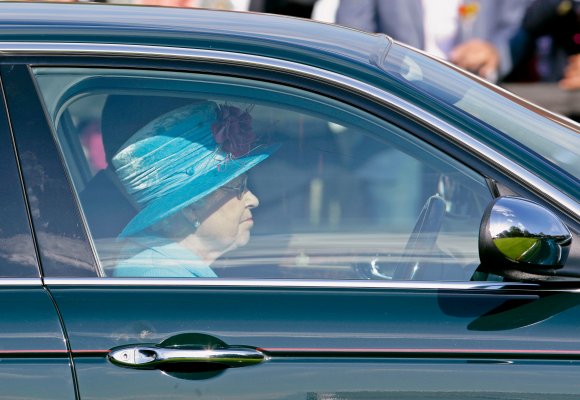 Queen Elizabeth at the Wheel Is Giving the Internet Life
Next Up: Editor's Pick