President Trump: I Was Going to Fire James Comey 'Regardless of Recommendations'

President Donald Trump said Thursday that he was planning on firing James Comey regardless of recommendations from the top ranking officials in the Justice Department, further contradicting initial reports from the White House about the FBI Director’s ouster.

Trump told NBC News’ Lester Holt that he had plans to fire Comey before meeting with Deputy Attorney General Rod Rosenstein on Monday, even though he cited recommendations from Rosenstein and Attorney General Jeff Sessions in his letter to Comey rationalizing his ouster.

“Regardless of recommendation I was going to fire Comey,” he said. “He’s a showboat, he’s a grandstander, the FBI has been in turmoil.”

Trump’s account differs from what his surrogates initially said on Tuesday, that he was simply accepting recommendations from the Department of Justice.

But on Wednesday, the White House altered the narrative to align more with Trump’s latest rationale, with Deputy Press Secretary Sarah Huckabee Sanders claiming Trump has been thinking about firing Comey since he was elected.

Trump also thanked Comey in his letter firing him for telling he wasn’t under investigation, an exchange he said happened three times. Trump recounted those three instances instances to Holt, telling him one of those conversations happened at a dinner shortly after he was elected, and the other two happened during telephone calls. 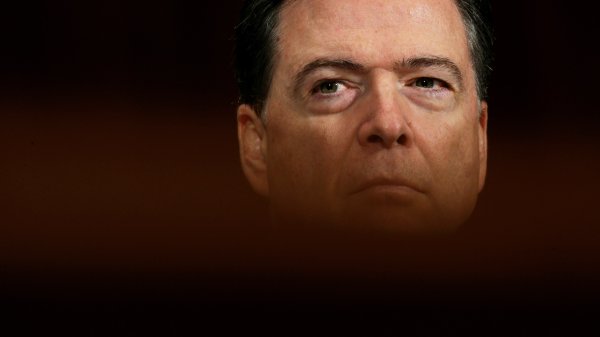 The Comey Misfire
Next Up: Editor's Pick