Television history is divided into two eras: Before Twin Peaks, and after. In 1990, David Lynch and Mark Frost created a surreal show built on a scaffolding of impending dread, dream logic and bizarre aesthetics. Twenty-six years after Peaks ended, Showtime is reviving the series (May 21). Here’s how the original inspired some of today’s most influential showrunners:

‘Everything was mysterious. I don’t mean, “When did the perp kill the vic?” I mean the weather, the trees, the doughnuts. The dream sequences were more nightmare-like than anything I’d seen before–Fellini, Hitchcock. Lynch dug them up from the bottom of his unconscious. Anybody making one-hour drama today who says he wasn’t influenced by David Lynch is lying.’

‘The full sensory experience of Twin Peaks–images, sounds, music and the completely strange yet utterly compelling characters–was unlike anything I’d ever seen. The purposeful ambiguity kept my brain churning, well, forever.’

‘So much of filmmaking is information delivery, but Twin Peaks created a mood with imagery that didn’t always make sense: Killer BOB appears out of nowhere, raises a hair on your neck, then disappears, and you wonder if it’s even real.’

Top of the Lake

‘While most of my peers were obsessed with “sports” and “having fun,” I was blathering on about the Black Lodge. The resulting banishment from teen society left me ample free time to begin writing stories myself. My love for exploring mystery, and the ambiguity surrounding it, was borne of that quiet, creepy logging town.’

Haven’t seen it? Get thee to a streaming service. Here’s a handy guide to the wonders and weirdos waiting for viewers in the little town that altered the course of American television:

Not your average hero cop, Cooper tapped into the supernatural to solve crimes 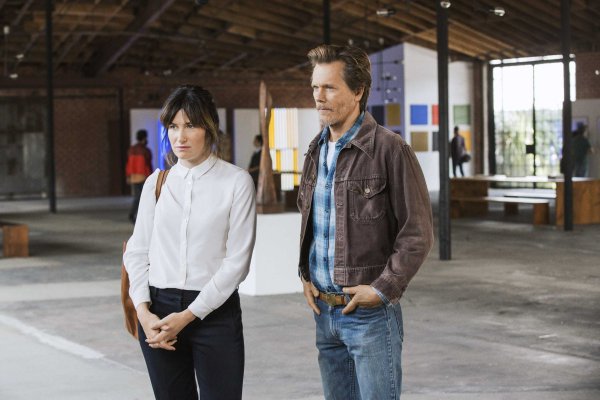 On Amazon, a Troubled Letter-Writing Campaign from the Heart
Next Up: Editor's Pick