The Forgotten Parent Behind Mother's Day

The idea may seem obvious–celebrate moms!–but the origin of Mother’s Day is surprisingly murky.

The most common story is that it began in 1908, when a young woman named Anna Jarvis staged a Mother’s Day at her West Virginia church. It was a ceremony meant to honor all mothers, especially her own, who said before she died that she wished such a holiday existed. At least that’s how Jarvis, who by 1912 had quit her advertising job to boost the idea full-time, told it. The part she often skipped was that her mother Ann had already organized her own mom-centric events.

But those events were far more somber than celebratory. Of the 13 children borne by the elder Jarvis, four lived to adulthood. Her experience was not uncommon; up to 30% of infants born in the 19th century died before turning 1. In 1858 that situation prompted her, while pregnant for the sixth time, to ask her brother, a doctor, to help arrange “mothers’ day” work clubs, so that local women could learn hygienic practices to keep kids healthy.

Why didn’t Anna Jarvis stick to the theme of educating mothers? Perhaps because she was not one herself, argues Katharine Lane Antolini, author of Memorializing Motherhood: Anna Jarvis and the Struggle for the Control of Mother’s Day. Yet turning the holiday into a celebration of motherhood, rather than a reminder of its hardships, helped its popularity spread. And even as others came forth to claim credit for the idea, Jarvis proved better at promoting it than anyone else–even her mother. 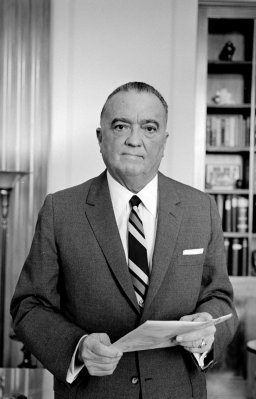 FBI Directors Are Appointed for 10-Year Terms. Here's Why
Next Up: Editor's Pick