Nobody tells you how many times your heart will stop when you have kids. If you knew how terrifying even the almost-tragedies are, you might not have children in the first place. The time your newborn rolled off the bed and there was a harrowing silence before she started to cry. Or when you grabbed her just before she walked into traffic. And the ballooning panic of not being able to find her in a crowd.

When they become teenagers, the mission becomes more complicated. Their bodies are their own. But the thought of them getting hurt, really hurt, is still unbearable. And the thought of them injuring themselves deliberately is painful on a level for which there are no measurements.

That’s probably why there’s been such an outpouring of emotion about the new Netflix series 13 Reasons Why, about a teenage girl’s suicide and its aftermath. It’s truly graphic. We see the lead character, Hannah, lie in a tub and slice into her forearms with a razor. We watch her die slowly. We see her mother cry out as she tries to lift her daughter’s water-soaked body. There’s no looking away.

And if that weren’t enough, leading up to that scene, there’s cyberbullying, self-harm, rape, sexual harassment, a fatal car crash — just about everything awful that can happen to a teen. Hannah narrates her story posthumously as a sort of crime drama via seven audio cassettes that sequentially reveal the names of 13 people whose behavior contributed to the “reasons why” she killed herself.

For parents, this is a drawn-out horror movie, one that feels all too possible. Earlier this month, a new study of 32 children’s hospitals across the country showed that admissions for suicidal behavior and serious self-harm among 5-to-17-year-olds more than doubled between 2008 and ’15. That’s just a tiny percentage of the kids who are experiencing major depression or anxiety or are hurting themselves in various ways, like cutting. Nationally, 17.7% of teens reported seriously considering attempting suicide in 2015, according to the CDC.

Not surprisingly, the show, which premiered on March 31, has become a binge-watching obsession among teens and tweens. Netflix doesn’t publish ratings, but by social-media metrics, 13 Reasons Why, based on the best-selling 2007 young-adult book by Jay Asher, is one of the network’s biggest hits.

Lots of kids watched the series before adults had even heard of it. Schools were forced to play catch-up with notices warning parents of the explicit depictions of suicide and rape. Clinicians like Dr. Megan Moreno, who heads the Social Media and Adolescent Health Research Team at Seattle Children’s Hospital, says her team is concerned about kids already struggling with depression because the series “presents suicide as a logical solution.”

In response to the controversy, Netflix added a warning at the start of the series. And there are extra features with crisis-line info as well as psychologists and producers (including Selena Gomez) encouraging discussion of the issues raised: “We had a number of people ask us along the way why we had Hannah kill herself in the way we did and why we showed it,” said creator Brian Yorkey. “We did want it to be painful to watch. Because we wanted to be very clear that there is nothing in any way worthwhile about suicide.”

Nonetheless, Jim Steyer, the CEO of Common Sense Media, a nonprofit that provides reviews for parents, has written to Netflix CEO Reed Hastings asking the network to do more to inform parents about mature content targeted to kids. The current “lack of policy,” writes Steyer, is “highly irresponsible.”

The most troubling thing about the series might not be how graphic it is, but the portrayal of depression. “Suicide is not a revenge game,” says Dr. Fadi Haddad, co-founder of the Children’s Comprehensive Psychiatric Emergency Program at Bellevue Hospital in New York City. “It’s the act of someone in agony, and we don’t see that kind of depression in the lead character. She remains functional until the end.”

Of course, the hopelessness and isolation that many teens face doesn’t make for a fast-paced plot. And the causes of depression can’t be summed up on a list of incidents or people to blame. It’d be simpler if that were true. Treatment for depression is slow. Progress comes with heartbreaking setbacks. And you realize that after shielding your kids from danger since birth, you can’t always protect them from themselves. All you can do is stay close, get help and don’t ever give up.

Teen Depression and Anxiety: Why the Kids Are Not All Right

And: Teen Depression and Anxiety: What Parents Can Do

13 Reasons Why: Five Conversations Families Should Have 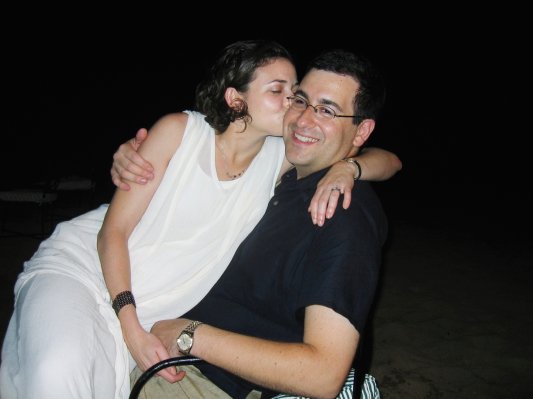 Sheryl Sandberg's New Mission: To Help People Through Grief and Adversity
Next Up: Editor's Pick