The weekend roller coaster collision in Spain that left 33 people injured — including kids — is just the latest reminder that your trip to amusement parks could get dangerous.

In June, a teenage girl fell 25 feet from a gondola ride in a upstate New York Six Flags park. In May, a 10-year-old flew off a giant waterslide in a brand-new California water park over Memorial Day weekend.

Neither sustained serious injures. Others haven’t been so lucky. Ten-year-old Caleb Schwab was decapitated last August while riding what was then the world’s tallest waterslide in Kansas City. The day before this happened, three children were injured in a Tennessee county fair when their Ferris wheel compartment flipped mid-air. A child fell off a roller coaster in Pennsylvania just a few days afterwards. Most recently, one man was killed when the spinning Fire Ball ride at the Ohio State Fair in Columbus malfunctioned, throwing him into the air. He was killed after he hit the ground 50 feet away. Seven others were injured in the incident.

There have been electric shocks and torn scalps. But many more amusement park mishaps simply go unnoticed. On average, 12 kids each day are treated in U.S. emergency rooms for amusement ride-related injuries, according to a 2013 study of hospital data between 1990 and 2010.

It’s a similar story across the world.

Evha Jannath, age 11, died early May after falling from a water ride in the U.K.’s Drayton Manor park.

A girl in central China, 14, was killed in February after being flung from a spinning ride. Video shows the girl barely hanging onto her seat before she was flung off.

Four adults died last October when a raft they were riding in Australia’s Dreamworld flipped mid-ride, throwing two into the water and trapping two others underneath.

The coffin of Evha Jannath is borne at Saffron Hill Cemetery in Leicester on Tuesday May 16, 2017. The 11-year-old schoolgirl died after falling from a theme park water ride
Ben Birchall—PA Wire/PA Images

All this prompts the question: exactly how safe are mechanical rides? Are they an acceptable risk, or are they foolhardy?

“Safe is an absolute, so I don’t use that word,” says Kathy Fackler, founder of amusement park safety group Saferparks. “Amusement rides can be used safely, but risk still exists.” It depends on the ride, and the riders, and can change from day to day, she says.

The sheer volume of rides given around the world every day should also be considered, Fackler tells TIME. “Given that millions of riders are exposed every year, it’s predictable that there will be some accidents.”

“Certainly if you’re going to a major amusement park like Six Flags or Disney, where they have a ton of staff looking after [rides], you can be pretty sure that they’re inspected and safe,” Nancy Cowles, executive director of child safety advocacy group Kids in Danger, tells TIME. “Although you see these occasional incidents that show that it’s not foolproof.”

“Rides that have appropriate safety designs and are inspected regularly are safe to use,” notes Gary Smith, president of the Child Injury Prevention Alliance and a co-author of the 2013 study. But, he emphasizes, “Operators and riders need to follow safety guidelines as well.”

That’s a crucial assumption. Standards laid out by standards groups like ISO and ASTM International are incorporated into laws by some countries and U.S. states, but are otherwise voluntary. In practice, regulation and oversight vary across state and national borders.

“Regulators should adopt international standards and implement measures to ensure that all rides in their jurisdiction meet those standards, on installation, and on an ongoing basis,” says Kathryn Woodcock, an amusement ride expert at Canada’s Ryerson University, who also sits on the Global Safety Committee of the International Association of Amusement Parks and Attractions (IAAPA).

In a written statement to TIME, the IAAPA’s communications director Colleen Mangone said “Safety is the top priority of the amusement park and attractions industry. Delivering the highest levels of safety is fundamental to our industry’s existence and is a part of every facet of our operations.” She added that the IAAPA “recommends” that operators follow either ASTM, CEN or ISO standards, and said that it urged the adoption of such codes “in geographic areas that have not adopted standards.”

Caleb Schwab died on this water slide at the Schlitterbahn water park in Kansas City, in August 2016. The slide has now been demolished
Keith Myers/Kansas City Star/TNS via Getty Images

Working conditions for ride operators, particularly in carnivals and traveling fairs, could be a contributing factor to danger. Employees on temporary worker visas at some U.S. carnivals and fairs had to work long hours on hot summer days and endure appalling living conditions, according to a 2013 report co-written by the American University Washington College of Law’s Immigrant Justice Clinic and the Centro de los Derechos del Migrante.

The report suggested that a lack of training and safety equipment could lead to horrific accidents. “According to industry statistics, most amusement park accidents are attributed to rider and operator errors, the latter frequently arising out of long working hours, inadequate training, and lack of proper equipment,” it says.

Still another hurdle in the conquest for safer theme parks is the lack of coherent accident records. “The first step toward improved prevention is to better define the problem because we currently lack good data,” says Smith.

“You might have four, five incidents on a very similar type of ride throughout the world or across the country,” but without centralized record-keeping each might be seen as a discrete case, Cowles explains.

Fackler agrees that more transparency is needed. “Requiring ride owner or operators to report accidents to public agencies creates visibility into hazard patterns and incentive for the industry to mitigate those hazards.”

Multiple reports have noted, for example, that the British water ride in which Jannath died was similar to the fatal Australian raft ride, which has since been retired. Similar attractions are reportedly also found in major U.S. theme parks.

Aerial view of emergency services attending a flipped raft after an incident on the Thunder River Rapids ride at Dreamworld in Gold Coast, Australia. Four passengers on the raft died.
David Clark—Newspix/Getty Images

“While we await the findings of the ongoing investigation we cannot comment further, other than to say we are all shocked and devastated,” Drayton Manor director George Bryan said in a statement.

A spokesperson from Dreamworld tells TIME it “undertook a detailed park-wide safety review” before reopening last December, including “a review of our water safety processes and procedures.”

In the end, should vacationers looking for momentary thrills with amusement rides just not do it? Fackler recommends everyone to “use good judgment.”

“If a ride looks unsafe or the operator isn’t paying attention, or the ride looks too scary or extreme for the rider,” she says, “then don’t board the ride.” 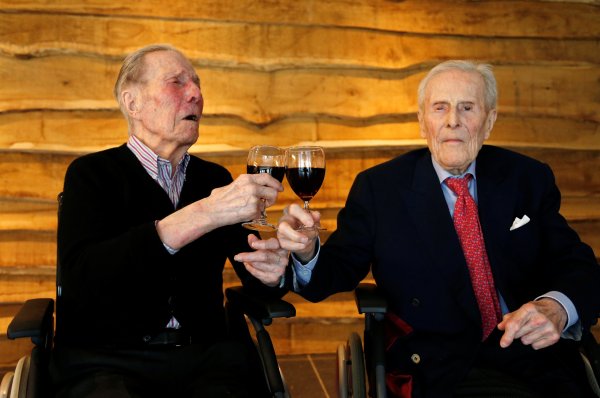