South Korea's new President Moon Jae-In during a press conference at the presidential Blue House in Seoul on May 10, 2017.
Jung Yeon-Je—Getty Images
By Charlie Campbell / Beijing and Seoul

Moon Jae-in was elected South Korea’s President on Tuesday upon promises to reengage with North Korea. He says that building economic cooperation with the regime of Supreme Leader Kim Jong Un would help raise living standards, reducing tensions as well as the economic burden of any future reunification. And even before Moon had delivered his victory speech, this key campaign pledge was already whirring into action.

In fact, it had even before polls opened.

On May 2, South Korea’s Ministry of Land, Infrastructure and Transport (MOLIT) issued an “emergency notice” to invite firms to submit bids on potential infrastructure projects in North Korea, particularly regarding the mining sector.

“[Seoul] will develop … mines and establish power generation facilities and transportation infrastructure around mines,” the MOLIT said, according to a translation by NK News. “Profitability will be secured by owning the development rights of resources or exploiting mineral resources.”

The MOLIT was not acting under the direction of the then unelected Moon, but clearly saw the changing tenor of South Korean policy toward the Kim regime. It is, of course, politically expedient for government officials to endear themselves to an incoming administration by exploring policies it might like. And there are also powerful South Korean business interests that would benefit from reengagement with the North, and have stepped up lobbying officials and lawmakers since the December impeachment of outgoing conservative President Park Geun-hye.

There’s little doubt Moon would be receptive to the idea. He told the National Assembly shortly after his election victory, “If the conditions shape up, I will go to Pyongyang.” He also named Suh Hoon as his pick to head the National Intelligence Service, subject to National Assembly approval. Suh has already indicated he would be willing to go to Pyongyang with a view to holding another inter-Korean summit, similar to those he was involved in organizing in 2000 and 2007. It is easy to see why.

“These steps reduce both Koreas’ interstate war risks, providing the sides with communication and non-military options to de-escalate in the case of a provocative incident such as a sixth nuclear test by North Korea,” writes Alison Evans of the IHS Markit analysis firm.

Still, the shift presents a challenge for U.S. foreign policy under President Donald Trump, who has looked to squeeze the Kim regime in response to its escalating missile and nuclear tests. Projects like that proposed by the MOLIT would undermine the economic pressure put on the regime by China, which in March suspended North Korean coal imports for the rest of the year in line with tough new U.N. sanctions.

More intriguingly, though, those same U.N. sanctions also ban collaborating in coal, copper, gold, iron, magnesite and zinc — some of the specific industries listed in the MOLIT “emergency notice.”

“Put another way, MOLIT is putting out a call for bids to violate sanctions,” write Marcus Noland and Kent Boydston in an analysis blog for the Peterson Institute for International Economics.

Exploring the possibility of violating sanctions is not the same as actually violating them, though it demonstrates some of the logistical hurdles of Moon’s vow to rekindle the “Sunshine Policy” of engagement with the North. Other than international economic measures, which Moon would either have to flout or renegotiate, angering Washington and Tokyo among others, there is domestic legislation to navigate. Last year’s North Korean Human Rights Act, for example, requires vulnerable groups to be prioritized for any aid. To make sure of that, you need independent monitoring of the North Korean populace, which has historically made the regime extremely uncomfortable.

Of course, any engagement would be welcomed by China, which has long advocated trying to change the regime’s bad behavior through the Chinese Communist Party’s favorite panacea of economic development. On Tuesday, a spokesperson for China’s Ministry of Foreign Affairs revealed that a North Korean delegation would even attend next week’s summit on the Belt and Road Initiative — President Xi Jinping’s signature transnational trade and infrastructure development project along the route of the old Silk Road.

The idea of winning the hearts and minds of North Korean through their pockets isn’t revolutionary, of course. In 2006, former South Korean President Lee Myung-bak trumpeted a similar economic engagement policy dubbed Vision 3000, owing to its aim to raise North Korea’s per capita income to $3,000 in order to lessen the pain of eventual reunification. (Last year, South Korean GDP was $1.38 trillion; North Korea’s was 1% of that at $16 billion.) The caveat, of course, was that North Korea would have had to take concrete measures to denuclearize.

But Vision 3000 suffered from other problems that also undermine the new MOLIT proposal: “It’s tantamount to neocolonialism and that really angers the North Koreans,” says Christopher Green, a North Korea expert at Leiden University in the Netherlands.

“Saying to North Korea, ‘we’re going to take control over your economy’ may make perfect sense from a mercantile South Korean perspective,” adds Green. “But it’s going to be like a red rag to a bull for the North Koreans. You have to be a lot stealthier than that.”

Owing not least to founding father Kim Il Sung’s principle of juche — or “patriotic self-reliance” — the biggest barrier to economic engagement with North Korea is the regime itself. Previous attempts to coax the Kim clan to embrace liberal economic polices have all failed dismally. A large free trade zone adjacent to the Chinese city of Dandong, at the southern edge of the 880-mile shared border, lies empty. The key architect of the project was Kim Jong Un’s uncle Jang Song-thaek, who was executed in December 2013.

Even small steps like reopening the Kaesong Joint Industrial Complex near the DMZ — where South Korean firms had access to cheap North Korean labor — depends on North Korean acquiescence. (The complex was shuttered by Seoul in February 2016 following a North Korean satellite launch.)

Read More: Beyond the Shadows in North Korea

In 2013, 123 South Korean companies were paying 53,000 North Korean workers annual wages amounting to $90 million, which were directly collected by the North Korean government. One might think that the regime would welcome the reopening of the plant, as well as Moon’s expressed desire to expand it to 20 times the size — presuming the regime would then collect 20 times the wages.

However, an expanded Kaesong was always the plan signed off by Kim Jong Un’s father, Kim Jong Il. It’s just that phase one of the original project was all that opened, because North Korea was wary of the potential destabilizing effect of too many of its citizens having so much exposure to affluent South Koreans.

The North Korean leadership knows that it would be risky to embrace full economic liberalization, given the loosening of societal controls that would entail. The presence of a democratic, thriving and culturally homogeneous South Korea across the DMZ means any loosening of controls could prompt agitation for reunification, spelling the end of the regime.

Restrained reengagement is, of course, very possible, especially if China keeps up economic pressure. But anything more, especially involving a binding agreement to denuclearize, is as fraught a prospect now as it ever was. 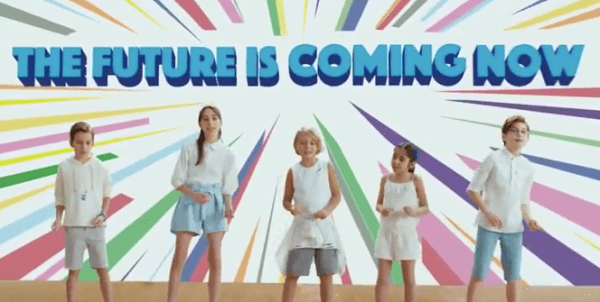