Protesters congregate at Victoria Park ahead of a rally in Hong Kong on Tuesday, July 1, 2014.
Lam Yik Fei—Bloomberg/Getty Images
By Ryan Kilpatrick

Pro-democracy activists in Hong Kong have been denied permission to use a park that has been the marshaling ground for a large scale protest march, held each year on July 1—the anniversary of the city’s return to Chinese rule.

The Civil Human Rights Front (CHRF), which has coordinated the protest since 2002, said on Wednesday that its application to book the grounds at the city’s colonial era Victoria Park had been turned down. Instead, the site had been granted to a pro-Beijing group called the Hong Kong Celebrations Association, for the ostensible purpose of festivities on the 20th anniversary of Hong Kong’s handover.

The decision to deny protesters access to the park comes as authorities prepare for a three-day visit to Hong Kong during the anniversary celebrations by Chinese president Xi Jinping.

The Hong Kong Celebrations Association is registered as a charitable organization, and as such its request technically enjoys priority over the CHRF’s under local regulations.

Cheng Sze-lut, another member of the CHRF, told TIME that the failure of their application was “highly related to political factors” such as Xi’s visit. The Association’s permit comes into effect two weeks before the march, Cheng said, believing that to be a deliberate attempt by the pro-Beijing camp to make the park off limits to democracy protesters well ahead of time.

“All the big names in the pro-Beijing camp are core members of the Celebration Association,” he says, adding that the CHRF was searching for an alternative protest site.

The annual democracy march is a fixture in the political calendar of China’s freest city and often attracts large crowds. In 2013, after the government attempted to introduce a controversial anti-subversion law, a record half a million people turned out.

Attendance for the march has declined since the failure of the pro-democracy Umbrella Movement in 2014, but the gathering remains a highly charged ritual in a semi-autonomous territory that has never enjoyed smooth relations with Beijing since its return to Chinese sovereignty in 1997. 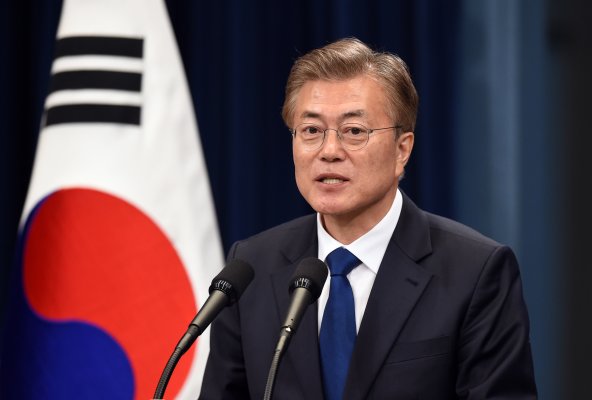 Why Reengaging Kim Jong Un Will Not Be Easy
Next Up: Editor's Pick