Twitch Will Stream All 886 Episodes of Mister Rogers' Neighborhood

Fred Rogers fans will get the chance to revisit his notable neighborhood this month when Amazon’s streaming platform broadcasts all 886 episodes of his legendary PBS program.

As part of a move to encourage viewers to support local PBS stations, the Twitch will stream a marathon of Mister Rogers’ Neighborhood from May 15 to June 3 featuring “the most comprehensive collection of episodes available,” according to a statement from the Amazon subsidiary.

The marathon will kick off with Rogers’ 1969 testimony before the Senate, in which he urged lawmakers to support funding for public media — a response to former President Richard Nixon’s proposed budget cuts at the time. President Trump proposed a similar cut to arts programs in March, although he signed a $1 trillion spending bill last week that will continue to fund the previously threatened arts programs, which include PBS.

“From listening to feedback, it became clear that the Twitch community has not only embraced content which goes beyond gaming, they want more of it,” Bill Moorier, head of creative at Twitch, said in the statement. “We were drawn to Mister Rogers’ Neighborhood because Fred Rogers was a positive voice in fostering inclusivity and diversity, and, like our streamers, he talked to the viewers as if they were in the room with him. While his show was geared toward children, his messages have universal appeal.”

Each episode of Mister Rogers’ Neighborhood will stream consecutively during the marathon, with additional mini-marathons in the following weeks. 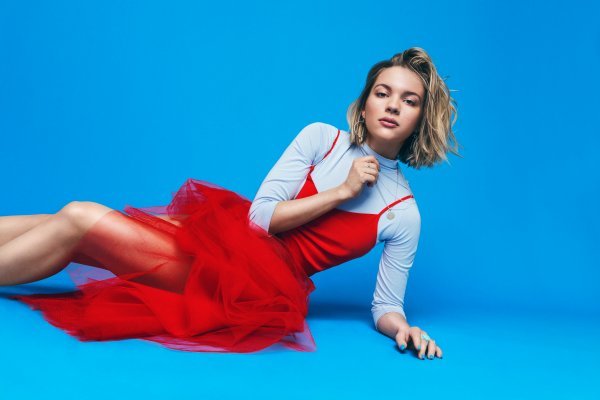 Tove Styrke Reintroduces Herself with "Say My Name"
Next Up: Editor's Pick