Australian Senator Larissa Waters made history Tuesday as the first person to breastfeed in her country’s Parliament.

Waters, the co-leader of the left-wing Greens party, returned from a 10-week-long maternity leave with her newborn daughter, Alia Joy, and nursed her during a vote.

The parliamentarian was instrumental in passing a rule last year that allowed for members to breastfeed in the senate chambers, according to The Courier Mail.

Still, Waters was surprised to receive so much attention.

“Well I think it’s slightly ridiculous that feeding one’s baby is international news — women have been breastfeeding for as long as time immemorial,” Waters, 40, tells the BBC. “But in another sense, this is the first time this has happened in our Parliament in 116 years, so it’s definitely world history-making.”

“I had hoped to not only feed my baby, but also to send a message to young women that they belong in the Parliament, and that they can be both Parliamentarians and be moms.”

Waters adds that beyond a few stray remarks from “the more elderly members of the Senate, who, perhaps, haven’t entered this century yet,” the reaction has been entirely positive.

“Perhaps I’m biased but she is a very cute baby, so there’s lots of smiles and it’s been quite the mood lightener,” she says.

And after sharing a photo of her breastfeeding in Parliament on social media, Waters says the comments have been “touching.”

“Lots of women thanking me for doing it, not just for normalizing breastfeeding, which is itself an important issue, but there’s still a little bit of stigma in some corners of society,” she says. “But it’s been lovely to hear from the young women and the other moms who’ve said, this is a role model for my daughter or for myself, to know that we can aspire to this sort of occupation.” 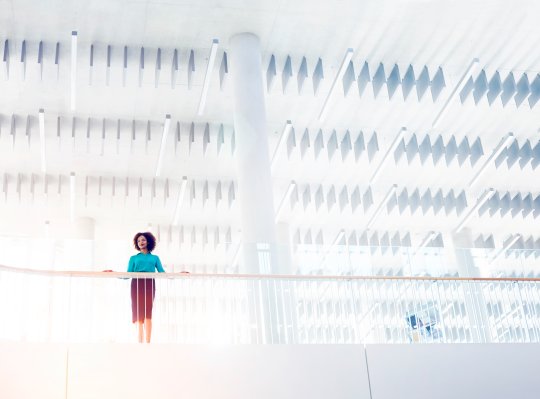 What It’s Really Like to Be a Female Entrepreneur
Next Up: Editor's Pick