Students at the historically black Bethune-Cookman University booed and chanted during Betsy DeVos’ commencement address on Wednesday, at times drowning out the Education Secretary and forcing the university president to come to her defense.

DeVos’ selection as commencement speaker sparked backlash last week, as Bethune-Cookman students and alumni criticized the way she and the Trump Administration have spoken about historically black colleges and universities (HBCUs) since taking office.

Bethune-Cookman President Edison Jackson, who refused demands to rescind his invitation to DeVos, interrupted her address at one point to reprimand students. “If this behavior continues, your degrees will be mailed to you,” he said. “Choose which way you want to go.”

DeVos began her speech with a call to disagree with one another respectfully.

“We can focus on differences that might divide us or we can choose to listen, be receptive and learn from other experiences and perspectives,” DeVos said. “In my life, I have endeavored to do the latter.”

Students booed and chanted throughout her speech, and some turned their backs, prompting many of the university leaders on stage to stand up behind DeVos in an apparent display of solidarity.

Boos grew particularly loud at mentions of President Donald Trump and at DeVos’ remark that she would visit the gravesite of the university’s founder, Mary McLeod Bethune.

DeVos condemned the “startling polarization across the United States” and issued a challenge to students to approach others with grace.

“We will not solve the significant and real problems our country faces if we cannot brings ourselves to embrace a mindset of grace,” she said. “We must first listen, then speak, with humility, to genuinely hear the perspectives of those with whom we don’t immediately or instinctively agree.” 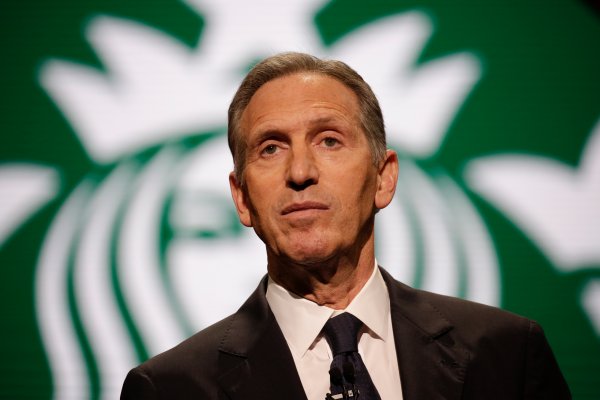