President Donald Trump’s decision this week to directly arm Syrian Kurdish militias in the battle against ISIS is expected to complicate his relationship with Turkey’s President Recep Tayyip Erdogan, a key ally who has been unusually friendly to the American leader since his election in November.

The decision, announced on Tuesday, to send weapons and equipment to armed groups known as the People’s Protection Units (YPG) raises the possibility of a direct confrontation between the U.S. and Turkey in Syria. The U.S. regards the Kurdish fighters as a central partner in the ground war against ISIS in Syria, while Turkey sees them as an extension of a Kurdish group fighting the Turkish state within Turkey. Both the U.S. and Turkey label that second group, the Kurdistan Worker’s Party (PKK), as a terrorist group.

Turkish officials reacted vociferously to the decision on Wednesday.

Trump’s decision deepens U.S. involvement with the YPG, a group the U.S. military has been working with in the fight against ISIS since 2014. The new directive removes one purported layer of separation between the Americans and the militias: In the past, the U.S. maintained that it supported an umbrella group called the Syrian Democratic Forces, which includes Arab-led militias, as well as the Kurdish groups.

“It is their legitimation of the YPG as a partner of the U.S. coalition,” said Sam Heller, a Beirut-based analyst with The Century Foundation, a think tank based in New York.

He added that the decision will infuriate Turkish authorities.

“They [Turkey] have a pretty reliable track record of following through on most of their threats,” he said. “And so I would expect them to do something disruptive and try to spoil this.”

Turkish warplanes bombed the Kurdish militias working with the U.S. in both Iraq and Syria in April. The air raids raised the possibility that future Turkish military action could endanger American personnel.

As many as 1,000 U.S. troops are on the ground in eastern Syria fighting alongside pro-Kurdish forces, placing American forces at the center of a geopolitical maelstrom, with Turkey, Russia, the Syrian government, and Syrian rebels all involved in Syria’s increasingly regionalized conflict.

Observers also believe Trump’s embrace of the YPG signals American intentions to proceed with a plan to seize the Syrian city of Raqqa in partnership with Kurdish led forces. Turkey had proposed using an alternative force of predominantly Arab Syrian opposition fighters, but officials in Washington appear to have set that proposal aside.

The American decision to arm the YPG also raises the stakes of the first face-to-face meeting between Trump and Erdogan, which is set to take place in Washington next week. Since Trump’s election, the two leaders have demonstrated an apparent eagerness to erase years of palpable tension between Erdogan and President Barack Obama, stemming from the leaders’ differences over Syria and Erdogan’s own governance of Turkey.

Erdogan governs a majority Muslim country and casts himself as a key leader in the wider Muslim world, and yet he has shown a willingness to overlook Trump’s calls for a ban on all Muslims entering the U.S., as well as the hostility of some in his administration to Islam as a whole. Instead, supporters of the Turkish leader point to similarities between the two, perceiving Trump as a fellow conservative populist elected in defiance of his country’s political establishment. Trump was one of few western leaders to offer warm words of congratulations to Erdogan when he won a narrow victory in April in a referendum on a constitutional overhaul that will vastly expand his own power.

With the U.S. embrace of the YPG, the relationship now faces its first serious test. Turkey regards the YPG as a direct extension of the PKK, whose fighters have waged a decades-long struggle for Kurdish minority rights inside Turkey. As a result, Turkish officials blame the U.S. for helping Kurdish militants extend their control over a vast portion of Syrian territory along the Turkish border.

U.S. officials, however, regard the battle-tested Kurdish fighters as the only force that can realistically take Raqqa from ISIS.

“This will have a lasting impact on the relationship, at least insofar as it has the potential to refuel the already high levels of anti-Americanism in this country,” says Sinan Ulgen, the chair of the Istanbul-based think tank, EDAM.

The conflict between Turkey and the PKK reignited in the summer of 2015, triggering fighting that has killed at least 2,748 people and displaced 350,000 others. During the fighting, Turkish government forces shelled residential neighborhoods of some Kurdish towns, reducing some areas to rubble. Separately, Kurdish militants carried out a series of bombings in major Kurdish cities that killed both security forces and civilians, culminating with a twin blast outside of a major soccer stadium in Istanbul in December 2016 that killed at least 44 people.

Turkish authorities fear that Kurdish fighters in Syria will again turn their attention to Turkey once the battle against ISIS reaches a conclusion.

Turkish officials appear determined to open negotiations with the United States, demanding that the U.S. drop its support for the YPG.

“That will be their starting position, and they’ll be willing to settle for something less than that,” says Selim Koru, an analyst at the Ankara-based Economic Policy Research Foundation of Turkey. “That’s what this government has been saying. That’s what they’ll continue to say. They cannot for many reasons, for political reasons, back out of that rhetorically.” 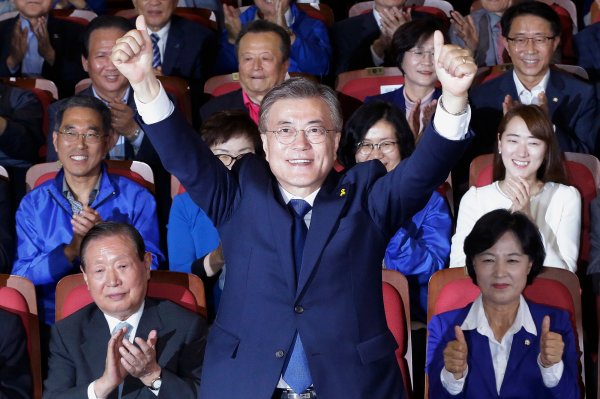