The White House Fired James Comey. What Happens Next?

The decision not only left the FBI, which Comey had confirmed is investigating possible collusion between Trump campaign associates and Russia during the 2016 campaign, without a permanent head, but increased already heightened partisan tensions in Congress.

Democrats almost unanimously called for an independent prosecutor into the Russia investigation, while Republicans were divided between supporting the White House’s decision and questioning the timing of the announcement.

Here’s what happens next, not only for the FBI, but for the White House, and Congress.

The FBI searches for a new director

Comey’s former deputy, Andrew McCabe, has been temporarily put in charge of the FBI, and the White House said in its initial statement that the search for a new director would begin “immediately.”

An official from the Department of Justice confirmed to TIME that senior department officials are interviewing candidates to serve as interim head of the Department, and that an announcement could come within the next several days.

No timeline was provided for the permanent installation of a Director, which requires Senate confirmation.

When an interim Director is chosen, expect Congressional Democrats to analyze their background for any evidence of partisan ties to Trump that they think would impede what is supposed to be a nonpartisan investigation.

On Tuesday, Trump did not respond to reporters when asked if the new FBI head, when appointed, would lead the Russia investigation.

But the FBI is technically supposed to be a nonpartisan organization, and the decision to alter the investigation in any way would provoke a major outcry.

Both the House and Senate intelligence committees were conducting their own investigations into Russian interference in the 2016 election separate from the FBI’s, and both of those will continue.

The two ranking members of the Senate Intelligence Committee have expressed concern over Comey’s firing; the committee Chairman, North Carolina Sen. Richard Burr, said he was “troubled by the timing”and the top Democrat, Sen. Mark Warner, said an independent prosecutor was the only way of ensuring lawfulness in the Administration.

Warner’s office confirmed he had filed a request for Comey to appear before Intelligence Committee as early as next week.

The Senate doesn’t have the jurisdiction to appoint an independent prosecutor like Warner is advocating; that has to come from the Deputy Attorney General Rod Rosenstein.

But Democratic Senate leaders like Warner and Minority Leader Chuck Schumer, who has said an independent prosecutor is necessary to protect the integrity of the criminal justice system, will likely rally their colleagues in both the House and Senate to ratchet up these calls to increase the political pressure on Rosenstein.

Schumer also said on Wednesday that he was going to ask McConnell to hold separate closed briefings with Rosenstein and Sessions to discuss Comey’s firing.

McConnell’s office said there was no updates on that front.

Pressure will remain on the White House

The Trump Administration not only has to find a new FBI Director that will appear apolitical enough to pass the Senate, they will have to fend off even more questions about possible ties to Russia, and if the recommendations to fire Comey over Clinton’s private email server was a facade to derail the FBI’s investigation into Russia.

Rosenstein will also face increasing political pressure to appoint a special prosecutor, particularly if calls to do so come from the Republican Party. Although several Republicans, like Burr and Nebraska Senator Ben Sasse, have questioned the timing of the announcement, most have stopped short of calling for a special counsel. (Sen. John McCain called for a special congressional committee).

There have been some exceptions, like Reps. Justin Amash and Barbara Comstock—a list that could grow depending on how the story continues to unfold. 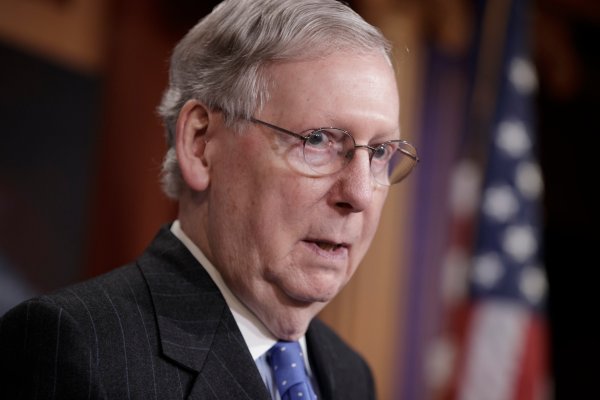