Lena Headey on Playing Cersei on Game of Thrones: 'I Admire Her'

“I don’t know if I sympathize with her. I admire her.”

So says Lena Headey of Cersei Lannister, the character she’s inhabited for six seasons and now a seventh on Game of Thrones. The character could easily be a straight-up villain — the most recent season ended with her blowing up a church, killing everyone inside. But Headey’s focused, complicated work has made Cersei something far more ambiguous — an admittedly cruel queen whose coronation evokes sadness at how much of herself she’s lost on the path to power.

Headey spoke to TIME in April about getting into character, worrying about getting killed off and the famous “walk of shame” sequence for our cover story on Game of Thrones, whose seventh season premieres July 16. Here’s an edited transcript of that conversation.

How does it feel that the show is winding down?

I don’t really have time to think about it. It doesn’t feel very real right now. Until the last day, when it’s goodbye, my most successful relationship, my longest relationship ever.

What differentiates Game of Thrones from other projects you’ve worked on?

On one level, it’s like every other set. Fraught and funny and tiring and insightful. But having the chance to work with the same people over what’s going to be eight years this year is quite extraordinary, really, when you think about it. And going to work on something that is so beloved is obviously a great feeling and a great responsibility as well.

Is there an intimidation factor when it comes to the quantity of Game of Thrones superfans out there?

I don’t feel like it’s [a] focus for me. For me as an actor, doing the best work I can is what I want. And I don’t want to please anybody. But I think because it is so visible, the show, that’s a different feeling as an actor. There becomes an expectation of a level of quality all around. It’s that strange thing — it’s not two people saying, “Oh, I caught this thing on Sunday.” It’s f—ing loads of people.

The show’s writers and George R. R. Martin’s novels, of course — gave Cersei dimensions far beyond the archetypal evil queen. Her motivations must be so much fun to play.

I love playing Cersei. I’m very intrigued to see what happens to her! She’s so layered, endlessly. Every time you think you know her, there’s another depth of insecurity or fury or resentment or drive or grief. George gave David and Dan the map. And David and Dan and Dave and Bryan write great episodes year after year.

You’re the closest to Cersei, inhabiting her as you do — do you see her as sympathetic?

I don’t know if I sympathize with her. I admire her.

Were you excited she got to finally rule at the end of season 6?

I couldn’t believe that moment. I never saw that coming in a million years, I never thought she’d have the balls to finally go, “All right then, I guess I’ll f—ing do it.” It was a great moment. I’m sure getting the seat of power is never comfortable on every level. But she’s aware. She’s aware of all of the s–t, the pain she’s created for everybody.

To a degree, the pain she’s created for herself, too — because Tommen leaps out the window as a result of her actions. It’s almost as if the ends justify the means.

With Tommen, obviously, it was not really until last year that we realized the prophecy from the witch about Cersei losing her children and being usurped by a beautiful younger queen. Besides all the stuff that’s haunted her her whole life — her family, her father, her mother’s death, Tyrion, the relationship with Jaime — she’s always believed that she’s going to lose the children she has. And I think when Tommen goes, her last child, it’s almost… a relief for her. Some awful thing hanging over your head and then finally… it happens. This season we’ll see her dealing with her grief.

I’m interested in your saying you were surprised by Cersei’s fate at the end of the last season. Now that the show is doing its own thing, is it nerve-wracking to get scripts? Cersei could die at any time!

Last year, Pete Dinklage sent me a text that said “Oh my God, have you read them,” and I hadn’t. I’d just had my second baby so I was a bit crazy and full of milk. He just said “Holy s–t,” and I was like “What the f—?!” He went, “Oh my God, I’m not telling you,” so I [assumed] oh, I’m going to die. And then, I went straight to the end. I was really in shock. I think obviously, now, there’s got to be some body count at the end of [season] 8. This is the year.

What was it like, emotionally, shooting “Mother’s Mercy”? The “walk of shame” is one of the most memorable moments from the show, but the degree of difficulty is etched all over your face.

When I initially met David and Dan, that was the end of her journey as far as I knew. I had considered her entire story up until that point, this whole thing of building somebody up to drag them under. And yet they still won’t drown. I’ve known [director] David Nutter a long time, and he’s a brilliant, prepared, empathetic leader. It was a tricky one, because obviously I had a stand-in, Rebecca. It was a three-day shoot with a lot of extras and a lot of people very near you, I really wanted to be in a headspace to be able to connect on an emotional level. If I’m stark bollock naked for three days with people touching me — it’s just going to feel really off-putting, I’m going to be aware of that rather than being able to just give it what I need emotionally. It wasn’t like I was walking around in a suit of armor — I had strips of fabric on that were flesh-colored. I loved it. I enjoy moments like that. It was the moment I knew Cersei would get to, and everything up to that point was poured into those three days. It was tiring, but I’m really grateful for those moments as an actor.

As you’ve shown more and more of Cersei’s character, has the way fans respond to you changed over time?

I’ve always really fought for her, especially early on, because she had seemed just to be a self-serving manipulator. As we’ve grown to know her a bit more, we see that she’s a woman surviving in a really s–tty world desperate to be heard, saying something seven times when a man says it once. I get people saying what a great performance, and that’s obviously a very nice thing to hear. But it’s changed a little bit, because at the beginning, people were like [in American accent] “Oh my God, you’re such a bitch!” What’s moving is that people love her now and want to be on her team.

Does her confidence rub off on you? Is it easier to play a character who’s so rarely outwardly rattled?

No. I mean, I am! I’m a nerd, and quite shy, and suffer massive anxiety. So for me it’s a real challenge to play her. I always shatter at the end of a season because I give it everything. She’s got this storm inside — human pain that we all identify with.

How did you work with Nikolaj to build chemistry in a relationship that makes most people deeply uncomfortable?

We talk about it a lot. I love to talk about all of it. I’m such a nerd — I think David and Dan probably say, “Oh, not another f—ing email.” I’m quite thorough with all of that, setting it straight, and then you can be free to really go there, as long as your foundation’s solid and something doesn’t seem ridiculous or unnecessary or sort of questionable. With Cersei and Jaime, we’ve always talked about it — Cersei’s always wanted to be him. Therefore, for her, that relationship is completion. There’s been an envy, because he was born with privilege just for being a man. I think their love was built on respect. He truly loves her, he’s truly in love with Cersei, but I don’t think her love was pure love, I think it was respect and a kind of need.

Does the giant scale of the production distract you from the character and the job?

Yeah! I think that’s why, for me, it gets really f—ing tiring. I’m not naturally focused; I’m a bit of a squirrel with 20 bags of nuts everywhere. So for me, to be Cersei, I have to lock it down, I have to sit in this place and be there through all of the bonkers extra happenings on the show. When Emilia does her dragon riding, I’m thinking “How does she do it?” It’s so impressive that she’s so commanding, and this big warrior queen, when she’s sitting on top of a green beanbag, really.

What other questions do you ask David and Dan when you email them?

My brain sort of explodes! I just like to find all of her motivations. There’s never just one or two with Cersei, there’s always like seven. They’re totally responsive and brilliant, I’m just sure behind closed doors, they’re like, Oh f—, who’s going to answer this one. 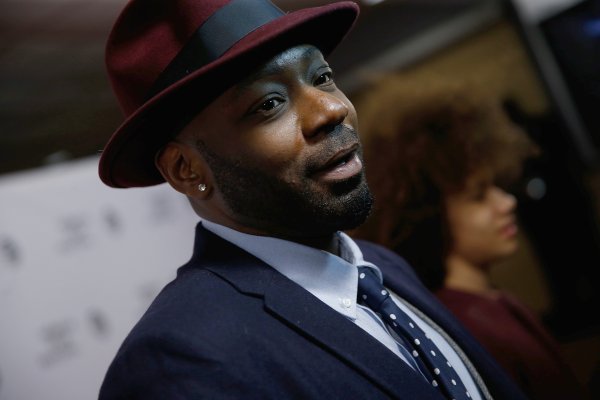