“People have a tendency to blame politicians when things don’t work, but as I always tell people, ‘You get the politicians you deserve,'” the Obama said at the Seeds&Chips Global Food Innovation Summit in Milan. “And if you don’t vote, you don’t participate, and you don’t pay attention, you will get policies that don’t reflect your interest.”

Obama made the remarks in the context of his plans to train a generation of global activists.

“People always ask me, ‘Oh Mr. President we need you, we want you involved,'” he said. “I’m happy to get involved, but the greatest thing I think I can give is to make sure someone who’s 20 years old, 21, 25, who’s ready to make their mark on the world — I can help them so they can take it to the next level.”

His address in Italy, which preceded these remarks, was a strong defense of the need to combat climate change and food security, and the relationship between the two.

“I do not believe that this planet is condemned to ever rising temperatures,” he said. “I believe these are problems that were caused by men and can be solved by men.”

Obama’s advocacy for these policies is a contrast from the Trump administration, which is weighing whether to remain in the Paris Agreement, which aims to keep global temperatures from rising more than 3.6°F by 2100.

“Nobody can sit on the sidelines if we want to deal with this issue in an effective way,” he said.

The defense of the Paris Agreement follows remarks Obama gave about the current health care debate, when he was honored with the “Profile in Courage” award from the John F. Kennedy Presidential Library Sunday. He used that address as an opportunity to implore Congress to retain his health care plan even if it isn’t politically expedient, and paid homage to the congressmen who lost their seats in 2010 after supporting Obamacare.

Internationally, Obama has made his voice heard as well, endorsing Emmanuel Macron, who won the French presidential election Sunday against far-right candidate Marine Le Pen, in an online video.

“I’m not planning to get involved in many elections now that I don’t have to run for office again, but the French election is very important to the future of France and the values that we care so much about,” Obama said in the video. 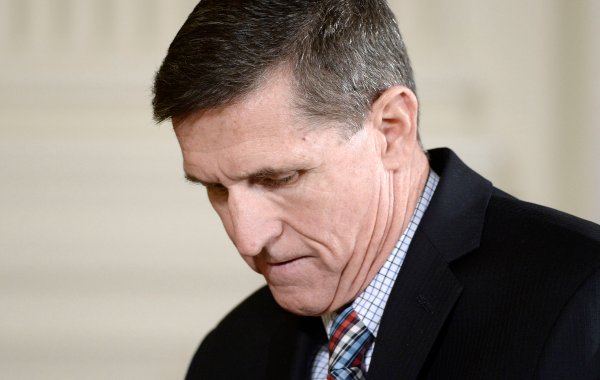 White House Says President Trump 'Does Not Want to Smear' Michael Flynn
Next Up: Editor's Pick