‘A Tragedy Beyond Measure.’ Family of Murdered Boston Doctors Speaks Out on Their Legacy

The family of two Boston doctors who were murdered inside their penthouse apartment remembered the engaged couple for their unwavering love and passion for helping patients.

Relatives of 49-year-old victim Richard Field said Field and his 38-year-old fiancé Lina Bolanos were “loving, vital people whose joy for life was infectious and love for family absolute.”

Field and Bolanos, who had been engaged for about a year and were together for three, had planned to tie the knot at the end of the year in Colombia, where most of Bolanos’ family lives. But those dreams were shattered Friday when an armed ex-convict snuck into their apartment and killed them, police said.

Police found 30-year-old Bampumim Teixeira inside the apartment. The suspect pleaded not guilty to murder charges Monday, prosecutors said. Teixeira had recently served time for a pair of bank robberies, according to the Suffolk County District Attorney’s office.

Amid their grief, Field’s family said they wanted the two doctors to be remembered “for who they were, not how they died.”

Field worked for North Shore Pain Management, a practice he helped launch in 2010, according to the company. Bolanos was an “outstanding” pediatric anesthesiologist at Massachusetts Eye and Ear and was “in the prime of both her career and life,” her employer said.

The pair “thrived on traveling, experiencing cultures and making friends in every port,” Field’s sister-in-law, Jodi Field, said in a statement to TIME on behalf of the two families. “As such, their loss will be felt by family and loved ones across the world,” the statement said.

Field and Bolanos dedicated their lives to their calling but still managed to carve out time for their family members, particularly their nieces and nephews who they “adored” as if their own. The family urged well-wishers to consider making a tribute donation in the couple’s memory to Doctors Without Borders.

“Their passing is a tragedy beyond measure and our lives will forever be changed,” the family said. “Their impact in the world — in the lives of those who they loved, those who loved them, and the patients that they cared for — is the real newsworthy story. We will remember and celebrate their passion, gentility, and extraordinary kindness forever.” 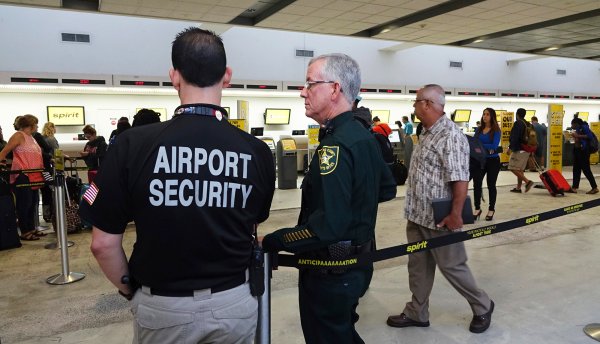